Aggrieved members of staff at Mbarara University of Science and Technology (MUST) have threatened to resume the strike claiming authorities have failed to deliver on their demands.

On May 10, 2019, staff members conditionally at MUST suspended a strike to allow for students to sit for their end-of-semester exams.

Calling off industrial action followed discussions held between the Parliamentary committee of education and sports, the aggrieved staff members and officials in the university Management, at Kihumuro main campus.

During the discussions, the legislators promised to probe into allegations (of financial mismanagement, staff harassment and office mismanagement) against the Vice Chancellor, Prof Celestino Obua and University Secretary, Melchior Byaruhanga.

An internal audit committee was also instituted to provide a forensic report on the said financial mismanagement.

Staff members also asked the parliamentarians to direct the university council to sanction a search committee which will facilitate the process of selecting a new Vice Chancellor since Prof Obua’s term of office expires October 2019.

However, none of the above demands has been worked on, according to the MUSTASA general secretary Julius Taremwa.

“I respect the level of maturity. A month ago, we met, you sent us to go and get A,B,C, D. I must tell you that we haven’t gotten anything. The search process is not empowered, we were told the audit report was done but we don’t have it. So, I cannot promise you a report which I don’t have,” Taremwa told the staff assembly held on Monday.

“Since then, we have got nothing from our requests. Instead, things have worsened – staff intimidation is high, the accused have not stepped, no search committee and no audit report yet,” said Taremwa. 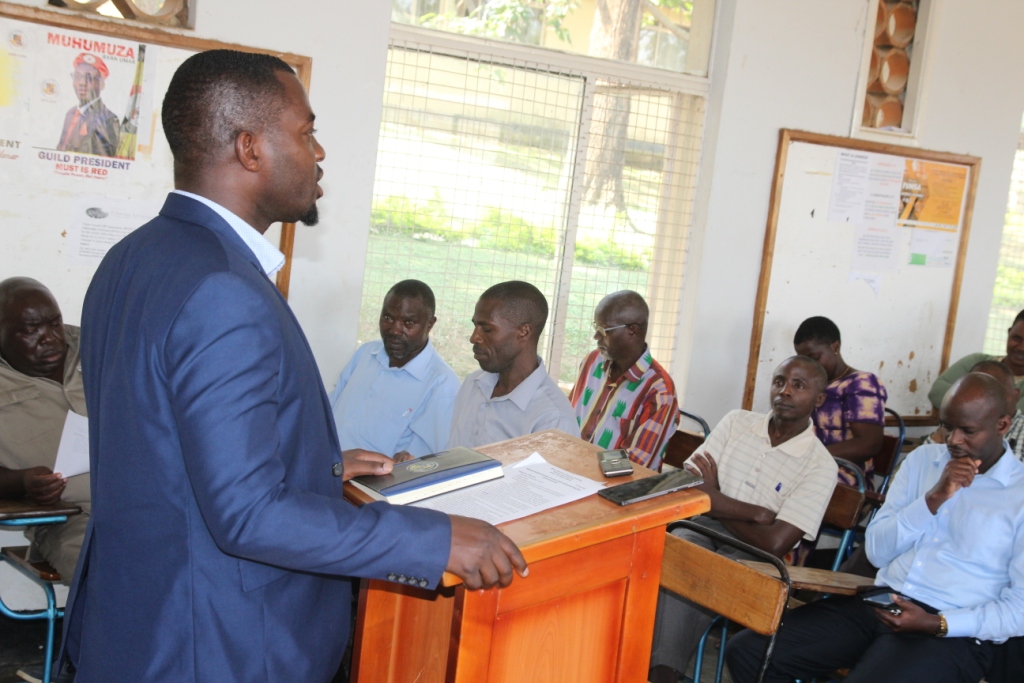 He proposed the strike members resume their strike, although some members suggested otherwise.

Dr Viola Nyakato, the head of department for interdisciplinary studies informed the assembly that some top management officials are praying for a strike claiming that they will lose nothing.

“I propose the committee that I have been working with engages the Minister of Education because the moment we allow the strike, the University will be closed,” Nyakato explained.

She said she has engaged the top management for so many times but they are not willing to dialogue.

“Systems are difficult especially when the head does not want to dialogue. The leadership of this university has chosen to keep themselves in the office. I have been in the office of the vice chancellor not once or twice requesting for dialogue and I have heard nothing. The same applies to the university secretary”. When a vote was called on how to proceed, staff members resolved to petition to the minister of education and sports. Should there be no response, they agreed to resume the strike after a fortnight.

“We have resolved to delay the strike for two more weeks to allow the few things to take place. We hope that within two weeks, they are going to give us solutions to these problems that we have been facing. If these two weeks don’t yield anything, we shall resume the strike,” Taremwa told reporters after the meeting.