The Governor Bank of Uganda, Prof Emmanuel Tumusiime Mutebile has said it is important that the Deposit Protection Fund (DPF) is adequately funded and staffed if the organ is to effectively enhance public confidence in the banking sector.

Mutebile also says that it is crucial that the DPF works closely with the Central Bank in its supervision of depositor’s savings in the deposit-taking financial institutions.

The Governor made the remarks Monday while speaking at a conference by the Africa Regional Committee of the International Association of Deposit Insurers, held at the Serena Hotel Kigo.

The conference themed ‘Why Deposit Insurance’ was also attended by Finance Minister, Matia Kasaija and other players in the financial sector.

In addressing the importance of deposit insurance, Mutebile said that such insurance exists to protect the banking system against the risk of bank “runs” – unrestrained demand for cash by savers, which can cripple the financial intermediation process, disrupt the payments system, and constrain the performance of the financial sector.

“Deposit insurance protects depositors, gives them comfort that their funds are not too much at risk, and ensures the viability of banking system,” the Governor said.

In Uganda’s case, Mutebile added, the need for effective deposit insurance was exposed during the resolution of several local banks that failed during the late 1990s and early 2000s.

Citing cases of failed banks where depositors were compensated largely using taxpayers’ funds as government sought to preserve public confidence in the banking system, he said that such implicit deposit insurance by government imposed an unanticipated financial burden on the limited fiscal space.

On the contrary, an effective deposit insurance system is expected to yield faster, smoother, and more predictable resolutions of failing banks, because it follows predetermined “rules of the game,” rather than being discretionary and ad hoc, he said.

“A more rules-based deposit insurance scheme operates best when it is autonomous.  Therefore, in 2016 the Financial Institutions Act 2004 was amended to provide for the establishment of an autonomous Deposit Protection Fund of Uganda, among other reforms,” Mutebile said.

He however stressed the need for the nascent DPF of Uganda as an autonomous institution “to prove its credibility and fitness for purpose before it gets tested in a period of difficulty”.

“The DPF must be well funded, capably staffed, and should maintain the support of the central bank as well as that of the Government as partners in ensuring the stability of the financial system”.

He added that the Fund must also maintain strong links with regional and international peers so as to learn from the diversity of experiences and to maintain best practices.

Recently, government announced that it had increased the deposit insurance threshold to Shs 10 million from only Shs 3 million previously.

Commenting on this development, Mutebile said that the higher threshold is likely to enhance public confidence and encourage greater customer deposits, thereby expanding the funds available for financial intermediation by the banking sector.

The DPF was established as a legal entity following the enactment of the Financial Institutions Act of 2016 and is mandated to foster public confidence in the banking sector through protection of depositors of contributing institutions.

The Fund is funded through annual premiums remitted by all deposit taking institutions which are regulated by the Bank of Uganda commercial banks. The premiums are 0.2 percent of the average deposit liabilities of the particular bank in given financial year.

The funds remitted to DPF are then invested in risk-free treasury instruments with an aim of generating interest. 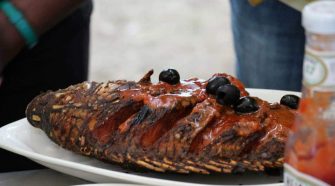