The former Inspector General of Police (IGP), Gen Kale Kayihura has claimed that there are some people who want to kill him.

Kayihura made the claims while Speaking on Bukedde radio’s ‘Ekili Atabaala’ program on Monday.

The General revealed that there is a group of people who have disliked him for a long time and they are doing everything to end his life.

Though he didn’t reveal their identities, Kayihura said that these people have been tarnishing his name even when he was still heading the Police.

“They accused me of committing several atrocities including promoting kidnaps and murders across the country. They used to shout my name but even after my departure, the same crimes still exist but I do not hear anyone blaming my successor Ochola. These people want to kill me,” Kayihura said.

Kayihura who faces charges of aiding and abetting the kidnapping of refugees from Uganda and illegally repatriating them to Rwanda, failure to protect protect war materials and failure to supervise arms, has been out of the public domain since he was granted bail earlier this year.

However he recently made headlines again when the U.S government slapped sanctions including a travel ban on him for allegedly abusing human rights and corruption.

Kayihura was accused of gross violations of human rights under Section 7031(c) of the FY 2019 Department of State, Foreign Operations, and Related Programs Appropriations Act.

The former IGP noted that the allegations by the US are baseless and influenced by his long time enemies.

He revealed that he owns no property in the United States or anywhere else outside Uganda as alleged by the USA government.

“I do not own and have never owed any property in the United States, or anywhere else outside Uganda. I do not have any bank accounts outside my country, Uganda,” Kayihura said.

He added that, “The insinuations in the statement that I could own any property outside Uganda are totally fabricated and malicious. The freezing of my so-called assets therefore, is comical.”

Kayihura noted that when he was still the Police Chief, he presented the list of properties to the Inspector General of Government [IGG] adding that the biggest investment he has is his farm of goats at his country home in Kasagama. 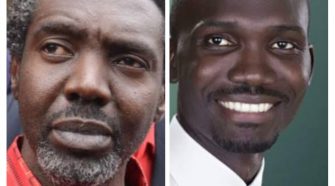