Bukonzo county MP, William Nzoghu has revealed that his life is under threat claiming he has been trailed by unknown people who are threatening him to death.

Rising on a matter of national importance on Wednesday, Nzoghu told fellow legislators that the trackers have reached an extent of camping around the wall fence of his home.

“My life is in danger. I don’t know why they are trailing me. I don’t know in a country where all of us are citizens that we are encountering situations which are unclear,” Nzoghu said.

Nzoghu said, “I want government to assure me whether I am safe because I am not sure whether my life is safe. This country is slipping into situation were we aren’t sure what is happening to us.”

He noted that this isn’t the first time he is facing such threats. Nzoghu says that the same thing happened in the 9th Parliament but he was helped by then Minister of Security, Mary Karooro Okutut and says he would like government to come out on his safety.

Nzoghu becomes the second legislator to register threats within a period of one month following Mbale Woman MP, Connie Galiwango Nakayenze who informed Parliament that she was being trailed in a similar manner.

Nakayenze told Parliament last week that unidentified people have been trailing her in and around Kampala using a particular vehicle, but she wasn’t in position to take note of the number plate of the vehicle following her around.

The Speaker of Parliament. Rebecca Kadaga informed MPs that the Parliament Commission had held a meeting early this week and among issues discussed was the security of MPs.

She said that the meeting agreed that all MPs who feel endangered be provided with additional security. Kadaga went ahead to task the Ministry of Internal Affairs to prioritise Nzoghu’s concern.

In June of this year, President Yoweri Museveni directed the Minister for Finance, Matia Kasaija to avail financial resources for procuring a new fleet of 4×4 pickup vehicles to be used for additional security as a measure to beef up the safety of MPs.

The directive followed a closed door meeting on June 20 held between the President and Members of Parliament to particularly discuss the state of security within the country and what can be done to reduce criminality.

The meeting followed the gruesome killing of former Arua municipality MP, Ibrahim Abiriga, after which MPs expressed fear saying they had become vulnerable targets of assassins.

On top of the Police officers that are currently assigned to each MP for protection, Museveni has directed that each legislator be protected by armoured sharp shooters from the military.

However, the intervention which requires a significant budget is yet to be implemented. 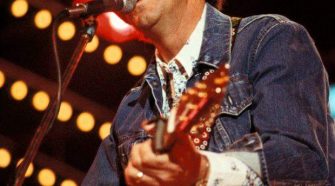