Following the shooting at Quality Supermarket Naalya of businessman, Ainebyona Anorld Mugisha to death by a security guard attached to Saracen (U) Ltd last week, the Inspector General of Police, Okoth Ochola, has instructed the department of firearms and Private Security Organizations (PSOs) to intensify supervision on the performance of these security firms.

This was revealed by Police spokesperson, CP Fred Enanga while addressing journalists at the Police headquarters in Naguru on Monday.

He said the directive which has already taken effect is a result of several complaints from a section of members of the public on the performance of private security guards and the internal organisation of the security companies themselves.

“Most of them (PSOs) are hinged on cutting costs, there is reduced pay, they are caring more about profit margins than public safety which has caused the public to come up with a number of questions on the competence of the PSOs,” Enanga said on Monday.

He explained that emphasis is going to be put on thorough inspection of the pre-employment checks, training, supervision, customer service and how PSOs are integrating with technology.

Enanga highlighted that the Department of Firearms and Private Security Organizations is moving out with alert squad from Police Headquarters and ensuring that they don’t just leave the inspection of private security guards to the alert spots under their companies.

He further noted that despite Police advising on deployments, some PSOs have remained adamant on deploying lone security guards and others unarmed, which puts their lives and those at the guard points at risk.

Uganda currently has 202 licenced private security firms in Uganda out of which 110 are armed and rest (92) not armed. 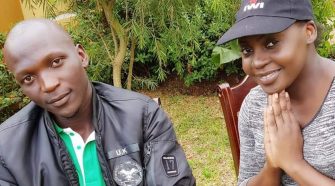