Afro pop singer Bobi Wine’s ‘Kyarenga’ concert is again hanging in balance after the venue where it was scheduled to be hosted cancelled it for the second time.

The concert was initially supposed to take place on October 20 (today) at Namboole stadium but it was called off days ago for what the stadium said was failure by organizers to fulfil the requirements.

Bobi Wine had on his part stated that all the prerequisites were met but that authorities especially Uganda Police were not forthright with him in his attempts to secure approval as well as security.

As a result, he revised the date to November 9 this year. However, it has now emerged that the concert can not be held in Namboole stadium on that date lest this frustrates the chances of the national football team to qualify for the 2019 Africa Cup of Nations.

The stakes have never been high for Bobi Wine.

In a letter by FUFA addressed to the stadium Management, the football governing body said if a music concert is held in the stadium within the international football match period, this will put the stadium into an unacceptable standard.

“In our opinion, any public event within the international football match period will put the stadium into an unacceptable standard to the detriment of CAF docking off points from the Uganda Cranes for the upcoming match due on 17th November with Cape Verde,” FUFA informed Namboole stadium Managing Director, Jamil Sewanyana in a letter.

Edgar Watson, the chief executive of the football body says that the Confederation of African Football (CAF) “is keenly observing the stadium conditions as a key competition factor”.

He recently said he expects about 70,000 people to attend his concert. A significant number of these people will occupy the green field (football pitch) which could leave the grass in an unpleasant state for a football match.

“The Uganda Vs Cape Verde match may be put off by CAF which will result to Uganda’s failure to qualify for the finals of AFCON Cameron 2019 finals,” Watson said in the letter.

It is in light of this letter that Sewanya has written to Emma Promotionz and Marketing Agency, the entity promoting the concert on behalf of Bobi Wine, informing them that the concert will not be held on November 9.

“We regret to inform you that the stadium shall not be able to host your event as tentatively booked. You ate therefore advised to seek for a alternative,” the October 19 letter by Sewanyana read in part. 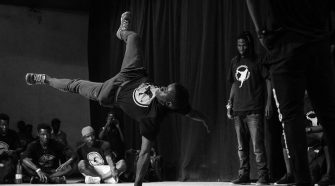