A week to Bobi Wine’s music concert, the Management of Namboole stadium where the event was slated to take place has told the singer to reschedule.

Bobi Wine recently announced that he would hold his ‘Kyarenga’ concert in the 45,000 sitter Namboole stadium on October 20.

But with days left to the d-day, the Management of Namboole has written to the concert promoters informing them that the venue had been booked for a wedding on October 20.

In a letter dated October 11, the Managing Director for Namboole stadium, Jamil Sewanyana Mpagi wrote to Sserugo Emma of Emma Promotions and Marketing Agency informing him that the stadium has got two (2) pre-booked events.

These are; the Uganda Athletic Federation workshop from the 15th October to 26th October and a wedding on 20th October 2018 the same day Bobi Wine’s concert was advertised to take e place.

Sewanyana adds that the two events along with the logistical requirements of the concert were communicated to Emma Promotion’s contact, a one Yasin Kaweesi.

“We advise you to choose another date for his long awaited Uganda concert subject to events schedule of the stadium and event clearance by the Uganda Police Force,” the stadium Management adds.

Recently, while appearing on Citizen TV in Kenya, Bobi Wine said that the concert was going to proceed and take place and that he expected 70,000 people to attend.

It is unclear whether the promoters were aware of the said communication and whether they notified their client (Bobi Wine) in due time. 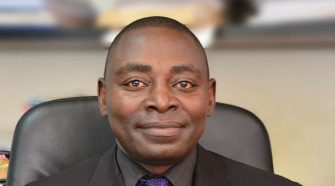