Five people were confirmed dead and several others seriously injured in a motor accident along Kampala-Gulu highway.

The road accident occurred on Friday in Wakisanyi, Kiryandongo-Kampala-Gulu road. 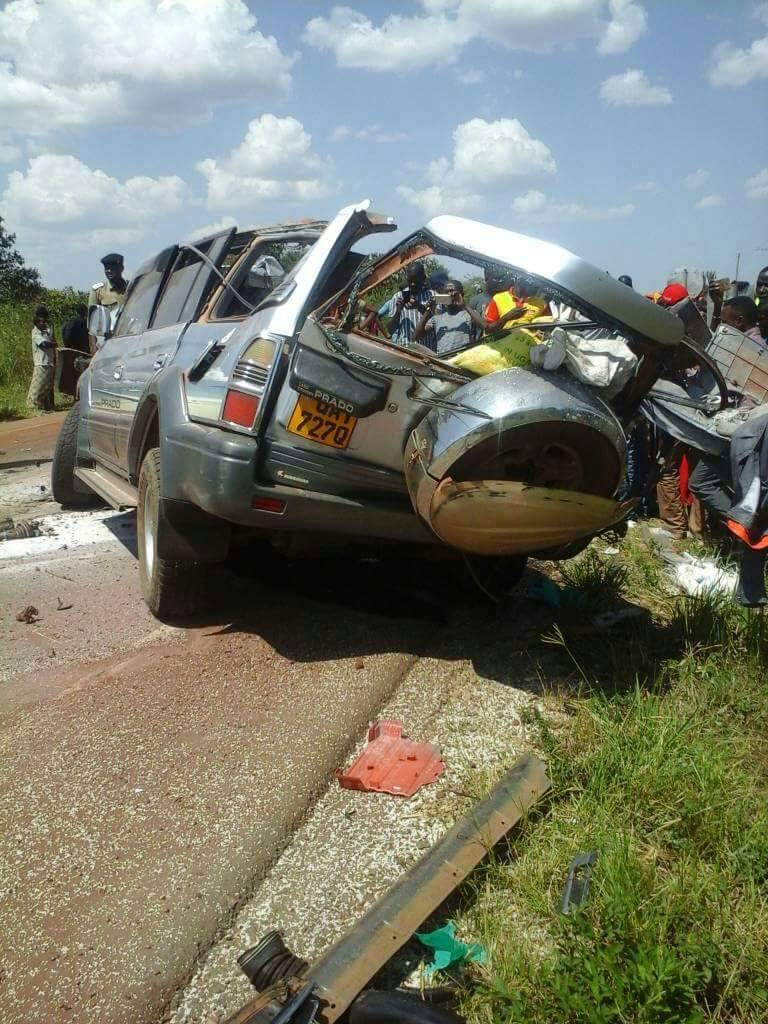 According to a preliminary report, the Prado tried to overtake three vehicles leading to a head on collision with the bus which was from the opposite side.

Five passengers in the Prado died on the spot including a Police officer called Cpl Atwebembeire Ronald Gashom. 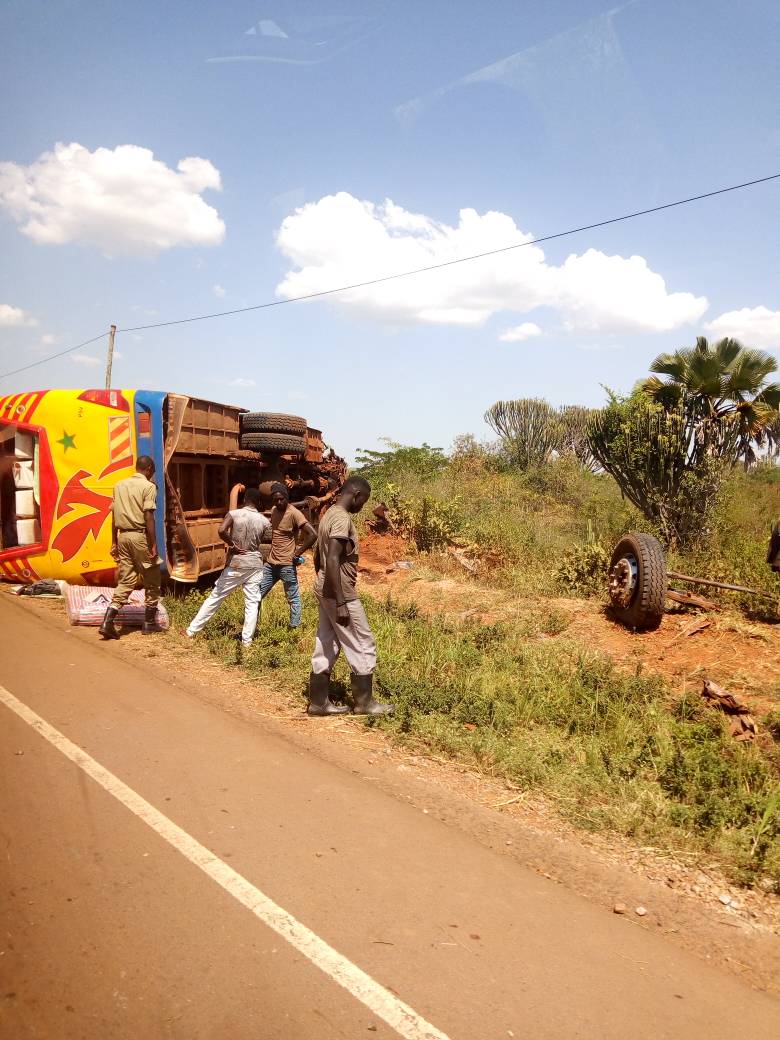 By time of publication, police was still searching for body parts of the deceased while the body pof the prado driver was still stuck in the wreckage. 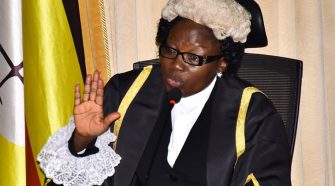