The development partners present at the commissioning ceremony included the Embassy of the Federal Republic of Germany which was represented by Udow Eden, KSB Ltd represented by Dr. Sven Baumgarten the MD of KSB South Africa/Vice president Sub-Saharan Africa.

The GIZ delegation was led by Christian Schnurre the Country Director and Johannes Rumohr who made the project presentation.

In a bid to better service delivery, the corporation working with development partners researched and devised means of improving water supply and subsequently save the corporation over 18% in energy loses.

A Memorandum of Understanding [MoU] was signed between NWSC & KSB.

The works are part of ongoing initiatives under the corporation’s Water supply stabilization Plans (WSSP) using innovative approaches to better service delivery in all its areas of operation.

Following the successful launch, plans are underway to roll the partnership in all NWSC operational towns. 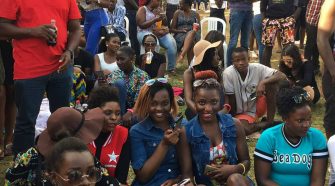