NBS Television and Bukedde FM journalist, Kazibwe Bashir Mbazira, who is among the contestants for the Uganda Journalists’ Association (UJA) top seat says he intends to revive the body which many have termed as dysfunctional.

While speaking to SoftPower News on Thursday afternoon, Mr Kazibwe said that his candidature is based on promoting the welfare of journalists in the country through improving their working conditions, fostering further training of scribes and upholding and defending media rights.

He is vying for President of the Association. The elections which were initially scheduled for this week were later postponed to September 8.

“UJA is almost not functioning and this is solely why violation of journalists rights is on a rise. I have come to renew and give a new face to the Association as well as fostering unity among media practitioners in the country,” Mr Kazibwe said.

He added that UJA has failed on its core objective of standing with its members when their rights are violated while on their duty, by security organs and politicians as well as low wages and harsh working conditions at their work places.

“Journalism is a reputable profession and fundamental in society. Journalists deserve proper working conditions so as to uphold the journalism principles and values,” he added.

Asked whether he has the required competencies to lead the Association, he said that his vast experience in the media backed by his desire to raise the professional standards and welfare of journalists are enough to explain his ability.

Mr Kazibwe also unveiled a team that will be leading his campaigns.

He has worked with several media houses in the country including Voice of Africa radio, Ssuubi FM, Buganda Kingdom’s Ddoboozi newspaper, Pearl FM and he is currently employed under NBS television and Vision Group’s Bukedde FM. He is also the proprietor of Nyce Radio (online) and Greenfield Media Academy.

In the race for the UJA Presidency, Kazibwe is contesting against Daily Monitor photographer, Lubowa Abubaker.

The new leadership will succeed the outgoing executive committee headed by Mr Robert Kagolo whose mandate expired a couple of months back.

More than Ever, We Need Press Freedom 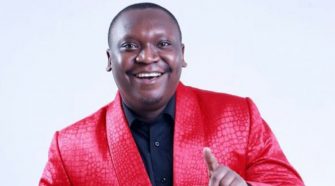