The particular batches of the condoms manufactured by MHL Care Limited in India are said to be lacking safety guards and possess holes and burst properties.

The red flag is contained in a letter authored by Victoria Nambasa, the Director for Product Safety at NDA, to the Pharmacist In-Charge, Marie Stopes Uganda.

According to Nambasa, the safety loopholes were discovered during a routine post-market surveillance by NDA after the condoms were distributed despite failure to comply with the standards.

“You are herby requested to condom an immediate recall of the detective batches and submit to this office a recall status report within two weeks from the date of receipt of this letter,” Nambasa said.

The Authority also demanded a list of products returned by each client contacted and the number of products accounted for and the total.

Majority of Ugandans rely on condoms as the primary means of protection from Sexually Transmitted Infections including HIV, as well as a measure for birth control. The order for a recall of Life Guard condoms is likely to undermine efforts to prevent HIV.

Faulty condoms can increase the chances of transmission of HIV and other sexually transmitted infections. Users have always been warned to take precaution before using a condom.

Such precautions include ensuring the condom is in its original wrapping so there are no defects.

NDA is mandated to ensure the availability, at all times, of essential, efficacious and cost-effective drugs to the entire population of Uganda as a means of providing satisfactory healthcare and safeguarding the appropriate use of drugs.

NDA is charged with the development and regulation of the pharmacies and drugs in the country, control the importation, exportation and sale of pharmaceuticals

It controls the quality of drugs, establishes and revises professional guidelines as well as disseminate information to the health professionals and the public. 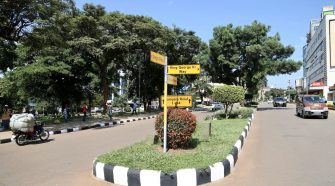