New Uganda Cranes Coach, Jonathan McKinstry says he will use an opportunity offered to him by the football governing body in the country, FUFA, to try and fulfill his burning desire of playing in the world’s most prestigious football tournament, World Cup.

He was Monday morning responding to questions by reporters at FUFA House in Mengo, moments after his unveiling.

He has been appointed on a 3-year deal and replaces the interim technical team which include; Abdallah Mubiru, Livingstone Mbabazi and Sadiq Wasswa. The trio will at the moment serve as assistants.

“This is a position where you can achieve a lot, most especially for me who has always wanted to play in the World Cup ever since I started football coaching. Yes, I want to go to the Africa Cup of ?Nations, but for me, there is a burning desire to go to the World Cup. And I see Uganda Cranes as a great opportunity to come together and we go to the World Cup,” McKinstry told reporters. 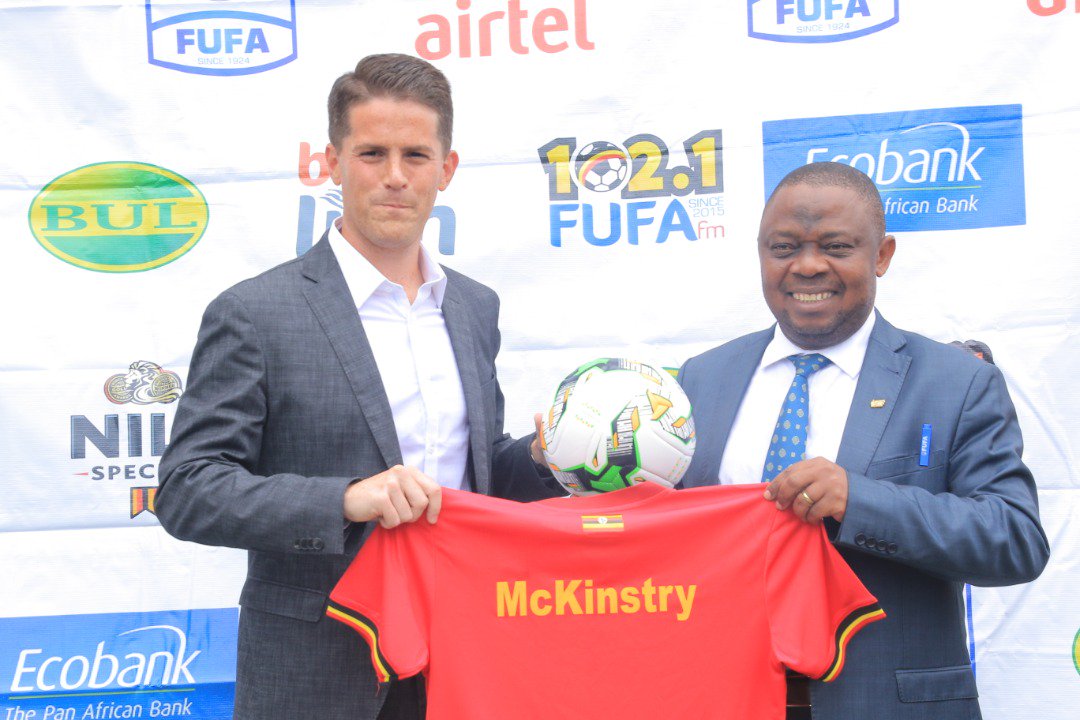 He says what is important is for Uganda to participate beyond the knockout stage of the continent’s biggest tournament, Africa Cup of Nations (AFCON), but also lay a strong foundation for qualifying for the World Cup.

“The Cranes have broken that jinx of not qualifying for AFCON for years, it has qualified twice and played at the knockout stage but the big question is, can we continue with this and go further than the knockout stage? Remember we want to also look outside Africa and in the coming years, we want to lay a strong foundation to allow for a real competitive challenge to the World Cup,” explains Cranes new Coach.

He says despite FUFA targeting Uganda to feature in the 2026 World Cup, playing in 2022 edition if it happens, will be of a great advantage.

“Naturally, we are all hungry for success. And if this success comes earlier, then we will work towards that.”

Over decades, West African countries like Ghana, Nigeria, Senegal Cameroon and others have dominated the continent’s national football. This is probably partly because of the good quality of players they have.

McKinstry who previously coached neighbouring Rwanda, says players in Uganda are unique compared to their counterparts in the region.

“In terms of knowledge of football here in Uganda, the competitive nature of players and their desire to achieve success is similar to players in some of the West African countries like Ghana and Nigeria if you critically look at their style of play, physique and hunger for success,” said McKinstry.

Asked about how long he hopes to stay in Uganda given his history of not lasting more than two years at the two national football teams he has coached (Sierra Leone and Rwanda), McKinstry said his ambitions are to do all it takes to achieve that including staying longer as Head Coach if that is what it takes.

Giving an example of Rwanda where he was dismissed by the country’s football association five months into his new contract, McKinstry said it depends on the expectations of the football governing body.

“If you look at what happened in Rwanda, we built the team, won games but there was an expectation that we needed to do more than that and so, the decision came from the other side (Rwandan FA) not me. For me here, we want to go to the World Cup and we all want it to happen in 2022 but it might not happen,” he said.

On the age of players he will be using on the national team, McKinstry said to him age doesn’t matter as long as one is able to deliver and create a positive impact on the team.

“For me, it is about performance. If someone is performing and is showing potential of success, then he gets the opportunity. There is no problem even if he is young. It is not about age but one’s ability to put a positive impact on the team,” he said.

He explained that he believes players who have stayed longer on the team and can not influence a positive impact on the team should step out for others.

Asked about the style of play he is bringing in Uganda, McKinstry explained that he will apply the “style that wins” but was quick to say: “Yes, I have a view of the game, I want to score goals but I want the supporters to be on the pitch and enjoy football.”

“Football is like going to the cinema to watch a movie. You want to be entertained, you want to enjoy and so for me, I want to give that to the supporters. I want to play attacking football, I want to be in the attacking half as much as possible,” he said. 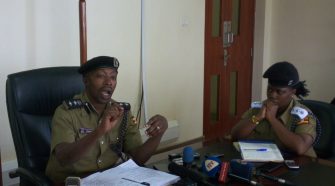