As the year nears its close, the organizers of social-entertainment picnic ‘Blankets and Wine’ have announced yet another edition to be headlined by Maleek Berry, a British-Nigerian record producer and recording artiste.

This edition of Blankets and Wine will take place on Sunday, December 16 at the Lugogo Cricket Oval and it will be the second time Berry is in the country.

A few weeks ago, Berry, 31, was part of the team that camped at the Chobe Safari Lodge in Murchison falls national park during the visit of American rapper, Kanye West. Berry adopted a Ugandan name “Kabaka Berry”.

On top of having his own recorded music, Maleek Berry has teamed up and produced songs with prominent artistes such as Wizkid, Davido, Wale, Fuse ODG, Runtown and Iyanya. Tracks like Kontrol and Been Calling, off his Last Daze of Summer album, have proved to be his biggest hits among his Ugandan fans.

On the December 16 show, Berry will share stage with local artistes Irene Ntale, Tamba, and Farouq Farouq among others.

“Tusker Malt is committed to promoting Afro music and building connections through our involvement in events that connect Africans with each other Africans across the continent. We are excited about the fact that Maleek Berry is going to give Ugandan fans a taste of the best of West African music,” said Cathy Twesigye, UBL Brand Manager, Premium Beers.

The Blankets and Wine event has previously hosted international artists like Sauti Sol, The Ben, Alikiba and most recently The Distruction Boyz to bring the best of Sunday afternoon picnic settings in an Afro-fused music festival for Kampala city slayers and party lovers. 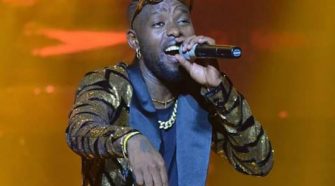