Nile Breweries Limited (NBL) has donated foodstuffs to Pediatric Ward at Mbarara Regional Referral Hospital (MRRH) as part of the Corporate Social Responsibility (CSR) initiatives to give back to their esteemed customers.

The donation was made on Wednesday and it is in an effort to improve feeding among babies.

“I want to thank Nile breweries for this initiative on this World Nutrition Day. As our partners, you should continue supporting us since you have labored to give us what you can afford today,” he said.

Babukiika revealed to the press that the pediatric ward at the hospital receives a total of about 30 malnourished babies.

“In the pediatric ward we receive a number of cases including malaria but most cases are due to malnutrition. On average we receive 30-35 malnourished children in a month” Babukiika said.

He equally revealed that some families, out of ignorance, ignore malnutrition thinking it is witchcraft.

“Some of the reasons for malnutrition are poverty, and others deliberately don’t come for treatment. They associate malnutrition with witchcraft, for instance when a child swells, they say that he/she was bewitched,” he said.

“In Buhweju, most households are engaged in mining and growing of tea which limits populations from growing food crops for consumption. And of course in Buhweju, also illiteracy levels are high and here the knowledge of preparation of an enriched diet may not be sufficient among the families in the district,” Babukiika explained.

Edinavence Kengyeya, the Nursing Officer at the hospital also decried the referral’s congestion caused by the overwhelming numbers of patients.

“There is overcrowding, space is small as you can see and we also face the challenge of understaffing,” Kengyeya said.

On his part, George Mbogo, the Nile Breweries Plant Manager for Mbarara described the situation at the pediatric ward as most challenging to the children.

“Incidentally, I have been living in Mbarara for a long time but I have never experienced this first hand. So, I actually appeal to anyone who can, to come and see the challenge that is before the hospital administration,” he said.

He appealed to government and other organizations to support the malnourished children who are lying helpless at the health facility.

“The situation is quite challenging, it is a situation that needs all of us. Therefore, I appeal to government officials and other organizations as well to come and support these children”.

Pamela Bayenda, the Sustainability Manager at Nile Breweries Limited says donating foodstuffs to malnourished children is among UN’s Sustainable Development Goals to chase hunger out of the world by 2025.

“We mostly give the food so that the people who are already admitted can eat and go out when they are healthy. We’ve done the same in Mulago and now we are doing it in Mbarara,” said Bayenda.

She said the campaign is to change the mindset of men and women to take care of their children better.

The foodstuffs donated by NBL, worth Shs 5 million included; millet flour, rice, beans, cooking oil, sugar and some other items like blankets and mosquito nets.

Staff from NBL also painted the zebra crossing at Mbarara Central Police Station along the Mbarara-Kabale Road for safety on road since the road is close to the referral hospital. 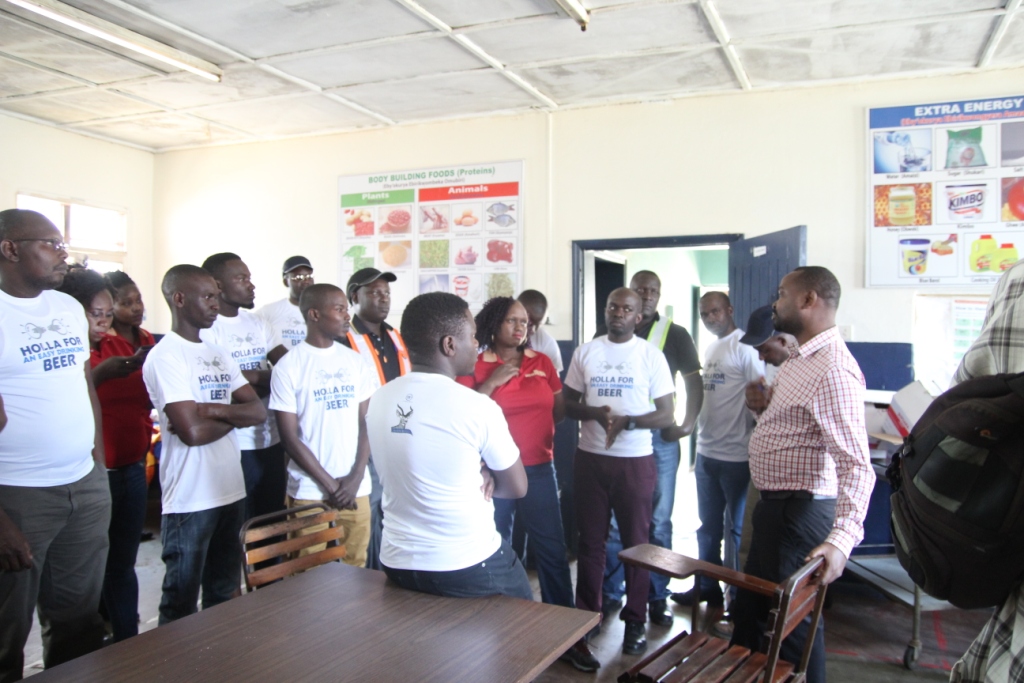 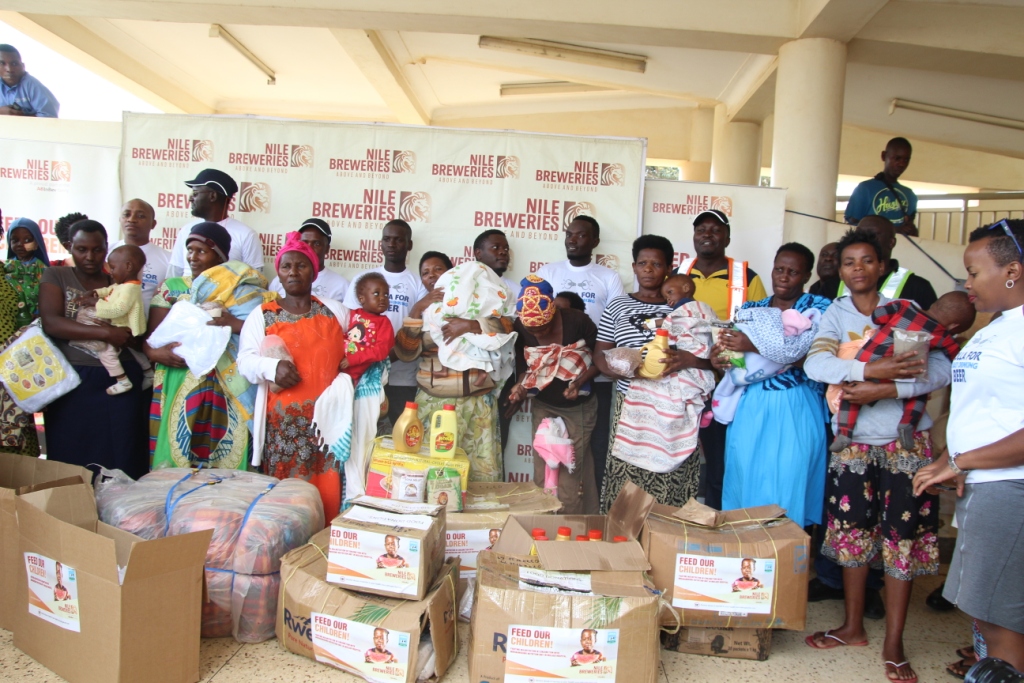 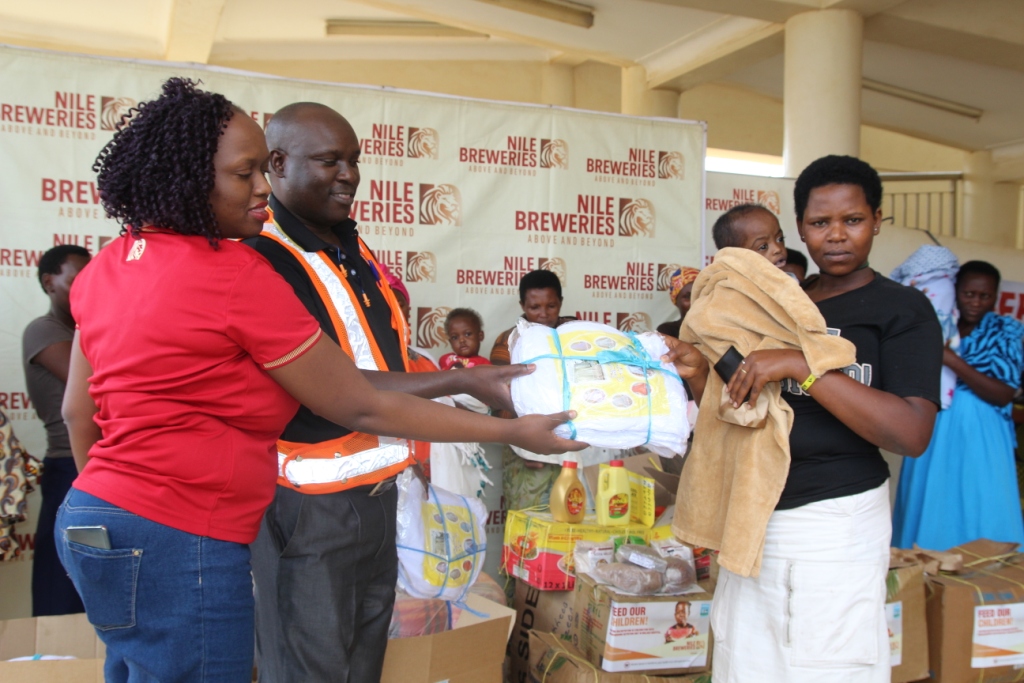 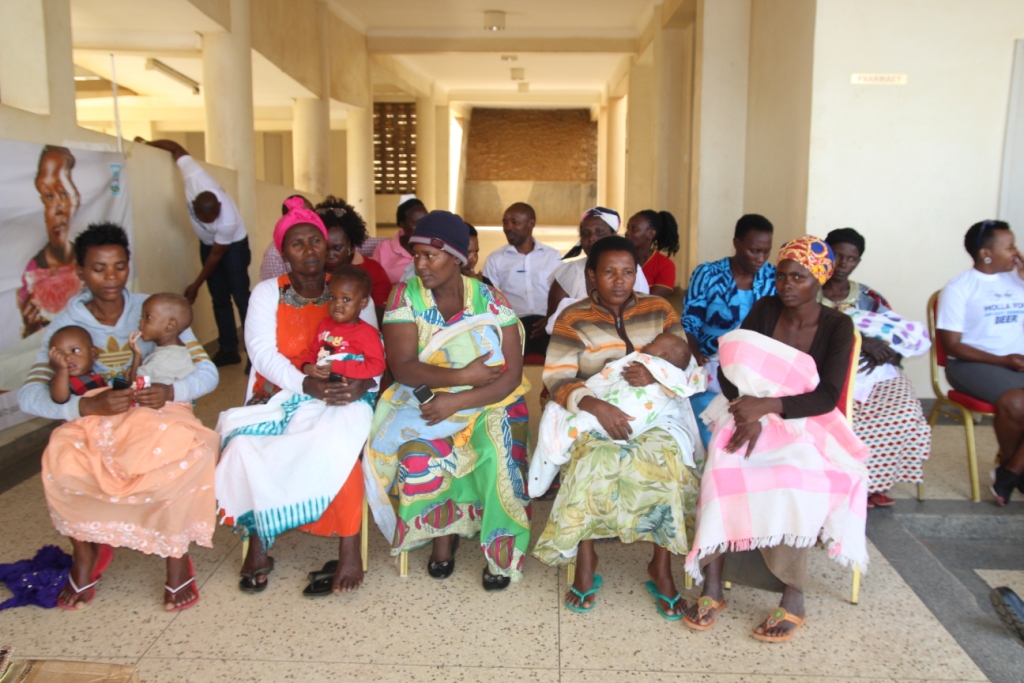 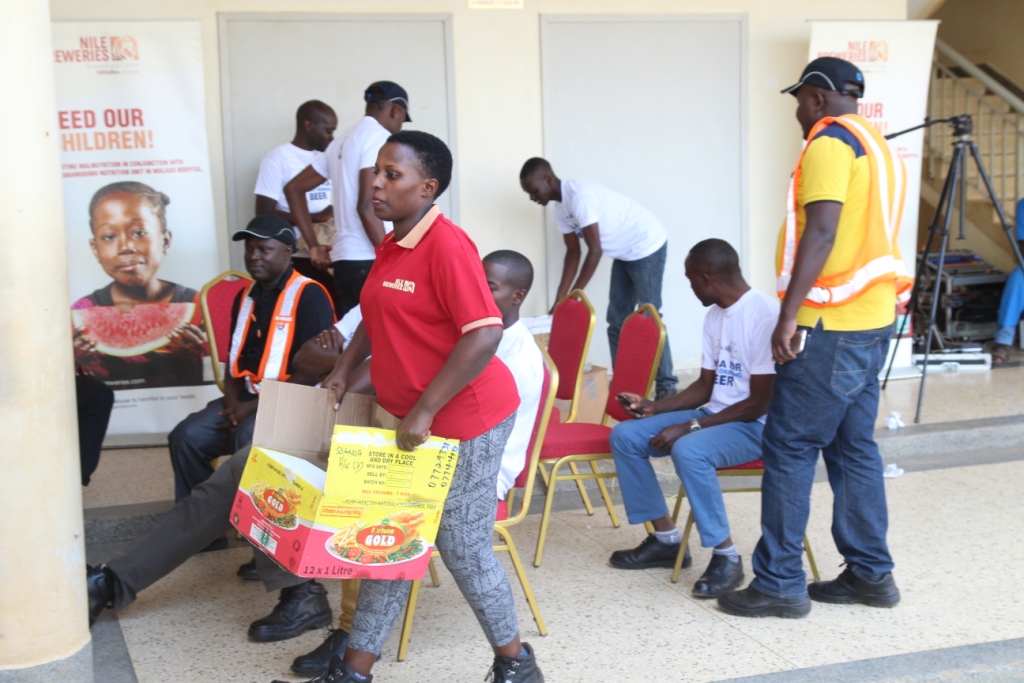 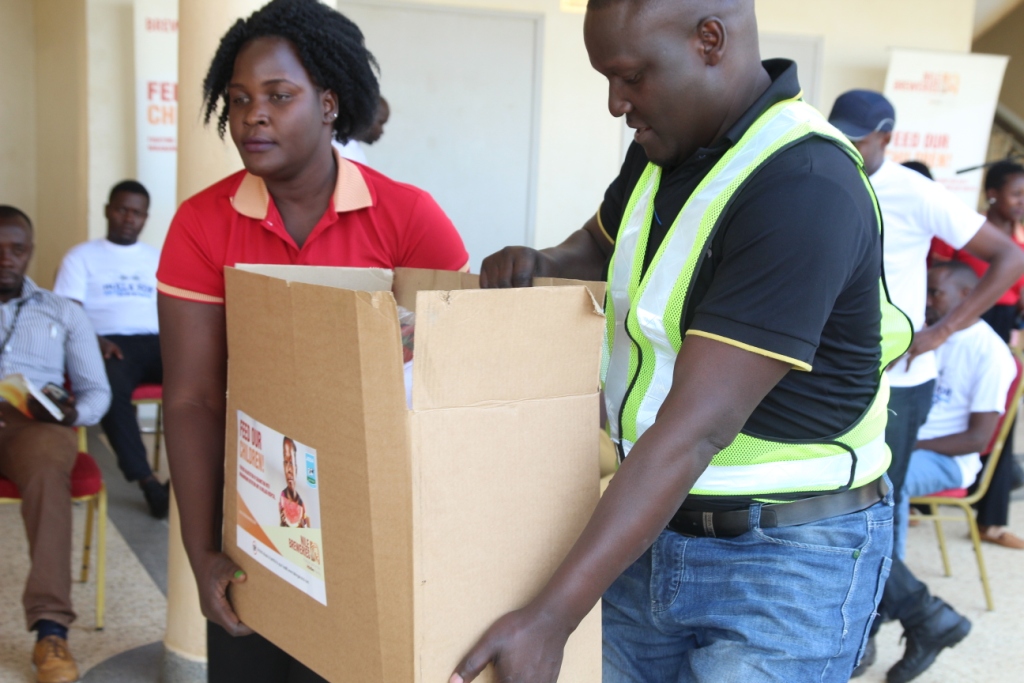 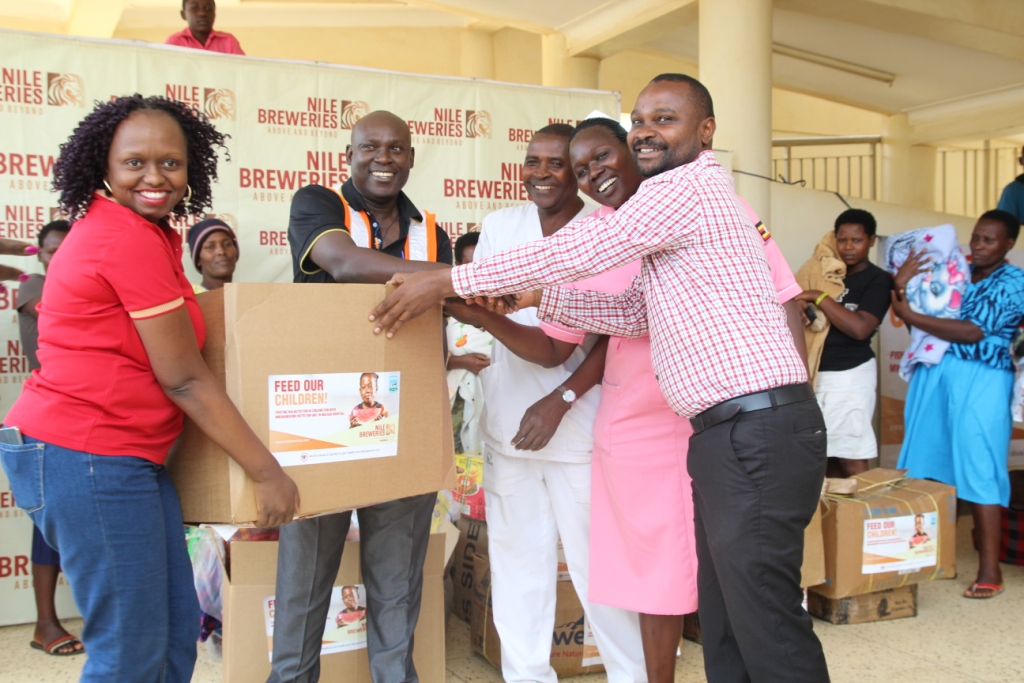 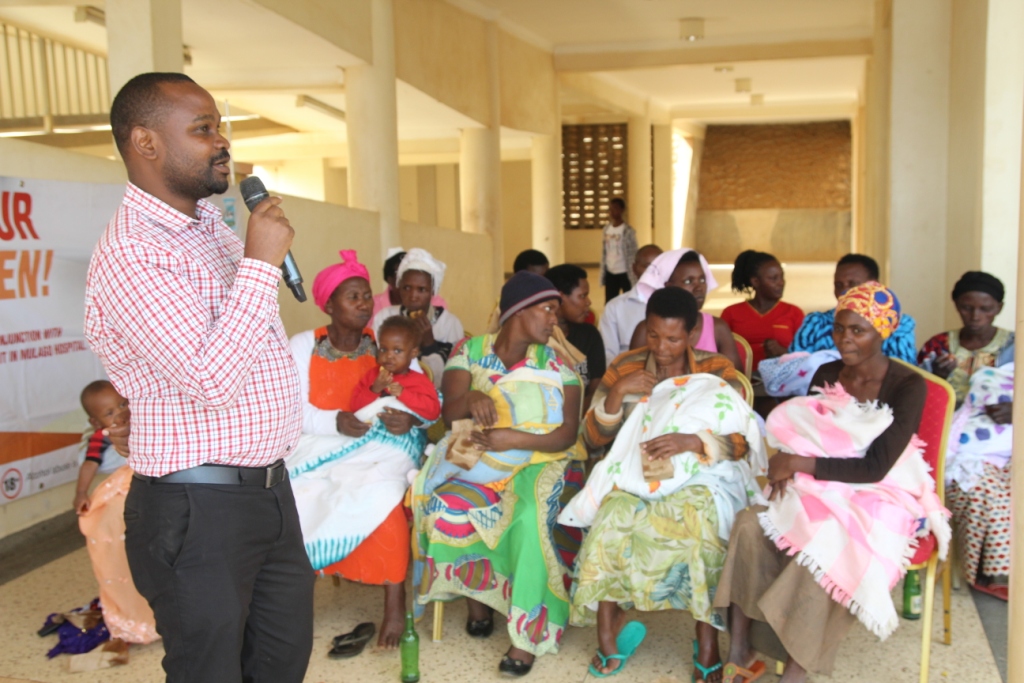 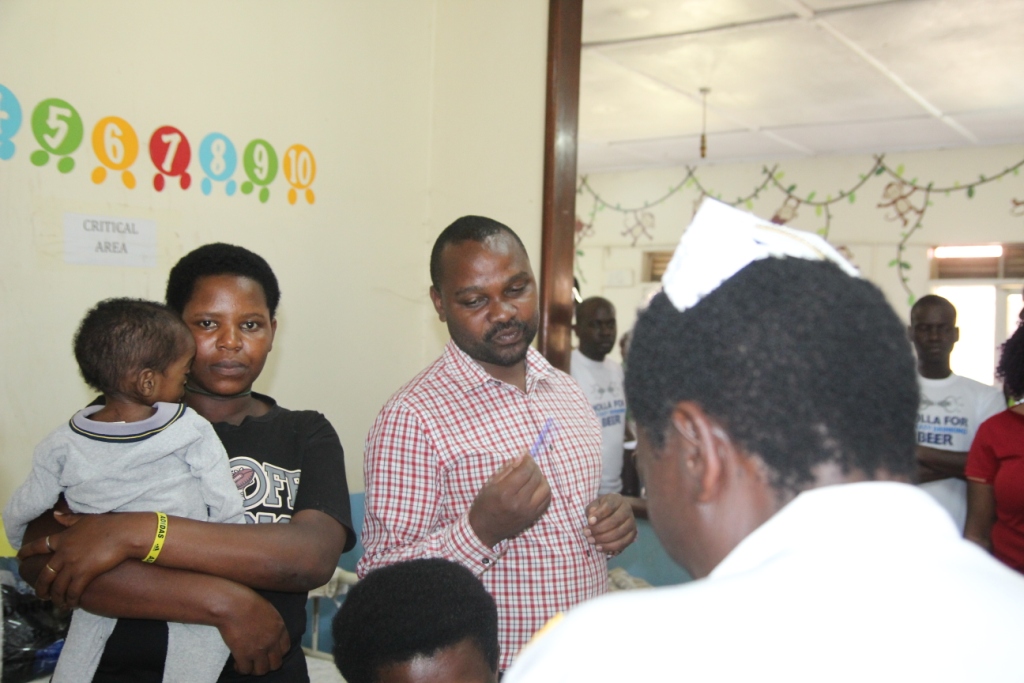