As the political activity gathers momentum, Ninsiima Evelyne Kikafunda, the founder and President of Green Environment is among the three women vying to carry the National Resistance Movement (NRM) flag for the Rubanda Woman MP seat in next year’s general elections.

In the NRM primaries, Ninsiima, an environmentalist by profession will be contesting alongside the incumbent, Prossy Akampurira Begumisa, and Hilder Karuhize Kabarungi.

According to the tight election roadmap released recently by the Electoral Commission, all political parties have until July 21 to choose their respective flag bearers.

However, twice, the Central Executive Committee (CEC) of the NRM has failed to decide on the mode of voting in the party primaries. In its initial roadmap, NRM had stated that its primaries would be conducted by voters lining up. It’s unclear if this will be maintained given the Ministry of Health guidelines which require social distancing.

Despite the uncertainty, the political temperature in Rubanda district is already high with candidates already mobilizing support underground.

Ninsiima who has been a champion of environmental protection and sustainable growth is looking to use her role as legislator to further this agenda. She holds an MSc in Sustainability Environment & Development from the University of Leeds U.K as well as a B.Arts (Hons) in Environmental Management from Makerere University.

She’s the CEO Live to Inspire (Uganda Chapter) and has been the Secretary of USAID South Westerrn Regional Development Steering Committee since 2018. She won the Unsung Heroine Environmental Category accolade by UN Uganda Chapter in 2013.

Her organization, GEP, has been implementing programs of green environment promotion in Rubanda and she has also been involved enhancing education in rural communities.

She constructed St Elizabeth Nursery and Primary School in Bushure village in Mpugu parish and has also led efforts to enhance health care by among other things organizing several medical health camps in remote areas of Rubanda.

Ninsiima has been at the fore of women empowerment programs which have seen over 400 rural women groups trained and equipped with income generating initiatives. The women have attained skills in crafts making and Ninsiima has helped them access market abroad. Other of her projects targeting women have been in goat rearing and saving schemes.

On the agricultural front, she has promoted sustainable organic agriculture to improve nutrition. Women groups have been supplied several vegetable seedlings.

She has also promoted community based tourism for the last fourteen years.

It is her involvement in these different initiatives coupled with proven leadership that she says gives her comparative advantage in her bid for the Woman MP seat. She says she has been on ground and is well rooted with issues that affect the ordinary person, among them maternal and infant mortality. 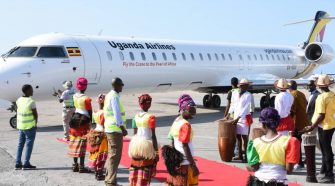