Government of Burundi has said the outgoing President Pierre Nkurunziza passed on after suffering a heart attack and efforts to resuscitate him were unsuccessful.

Authorities announced the news of his death on Tuesday afternoon in a statement.

According to the statement, it all started on Saturday afternoon when Nkurunziza felt unwell after watching a football match in Ngozi, a town located in Ngozi province in the north of the country.

He would thereafter be rushed to a hospital where he was given treatment.

According to government, the following (Sunday) his condition improved a bit and even held some meetings with members of his staff.

“Doctors tried to resuscitate him but their efforts were unsuccessful.”

His death has happened at a very critical time for Burundi after conducting a historic presidential election described as generally peaceful by regional and international bodies, and without him on the ballot after 15 years of his presidency.

Nkurunziza did not offer himself for a fourth term in last month’s election and had announced that he was to step down for the new president. His comrade, Gen Evariste Ndayishimiye, polled 68.72 percent of the vote, while opposition leader, Agathon Rwasa from the CNL party, came in far behind with 24.19 percent. 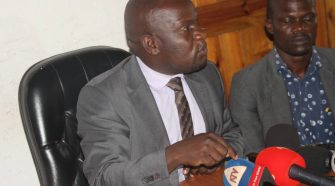