BUJUMBURA – Burundi’s President Pierre Nkurunziza on Tuesday requested African Union to urgently call for a meeting of the troop contributing countries to the African Union Mission in Somalia to re-examine a decision that requires the east African country to withdraw its soldiers by February 28.

The call for the urgent meeting comes after President Nkurunziza met Somali President, Mohamed Abdullahi Farmajo who arrived in Burundi on Monday for a two day working visit.

Burundi is one of the nations in Africa contributing thousands of troops to restore peace and security in the troubled nation, where fighters of Al-Shabaab jihadists have been blamed for scores of bloody attacks.

Last December, the peace and Security Council of the African Union requested exclusive withdraw of about 1 000 soldiers from Burundi serving in the African Mission to Somalia (AMISOM).

But Burundian government has protested this decision, describing it as unfair since it exclusively starts with Burundian soldiers among the five troop contributing nations.

Burundi wants AMISOM troops to be withdrawn on proportional basis from each of the five troop-contributing countries instead of “targeting” Bujumbura alone.

Early this month, Burundian army leadership said the military would ask the government in Burundi to negotiate a proportionate number of troops to be withdrawn from each AU member country.

In a press briefing in Burundi’s capital Bujumbura, after a closed door meeting with the visiting president, President Nkurunziza said the decision taken by AU was not welcomed by his government and that is why Burundi was calling for an urgent meeting for AU to reconsider this decision.

According to President Nkurunziza, even Somali government was not happy with the decision.

The call for the meeting also comes as Egypt’s President El – Sisi assumes leadership of the AU from Rwanda’s President Paul Kagame, whom Burundi accuses of undermining the east African nation.

Burundi is the second biggest contributor to the 21500-strong peacekeeping force with 5 400 soldiers, behind Uganda which contributes 6 200. Other contributing countries include Djibouti, Kenya and Ethiopia.

The African Union wants to gradually scale down its AMISOM force as Somalia’s armed forces gain military experience to manage their security.

The EU has been the main financier of Amisom, committing about €1.2 billion since 2007 when the mission was established to help end violent extremists in Somalia. 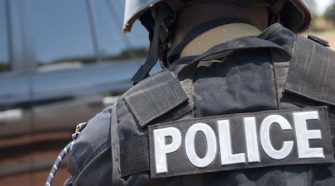