The UN Resident Coordinator’s Office (RCO) in Uganda has received a financial donation of USD 2 million (Shs 7.4 billion) from the government of Norway to facilitate the achievement of national development priorities and the Sustainable Development Goals (SDGs).

The Shs 7.4 billion donation was made through the Norwegian embassy in Kampala and was announced on Wednesday by Her Excellency Susan Eckey, the Ambassador of Norway to Uganda.

“Norway is a strong supporter of enhanced UN coherence and cooperation, including the ‘Delivering as One’ policy, the ‘New Way of Working’ principles and the UN Secretary General’s reform agenda,” Ambassador Eckey said.

She added that; “With this new partnership in Uganda, we will see an even more efficient and coherent UN system that works hand in hand towards shared goals”.

Ambassador Eckey noted that as a UN Member State and a major donor globally to the UN development system, Norway have high expectations of this new partnership.

“On behalf of the UN System in Uganda, I convey our deepest gratitude to the Government of Norway for its generosity, dedication and commitment to the engagement, promotion and strengthening of international cooperation efforts,” Malango said.

The multi-year contribution will contribute to enhancing the strategic, coherent and efficient provision of essential and value-added services to ensure that necessary capacities and resources are available to the RCO for the UN Country Team.

This will enable better implementation of the UN Development Assistance Framework (UNDAF) and response to emerging challenges.

It will contribute to enhanced strategic support to policy development, joint programming processes, coordination, partnership management, accountability and coherence between humanitarian and development work as well as initiatives towards sustaining peace.

The contribution from Norway constitutes an important example of partnership with regard to the UN Secretary-General’s reform proposals to strengthen the Resident Coordinator system in guiding the UN Country Team as well as improving accountability of the UN development system around the world by starting in Uganda.

The UN System in Uganda and the Embassy of Norway will showcase this groundbreaking contribution to the world in June in Kampala. 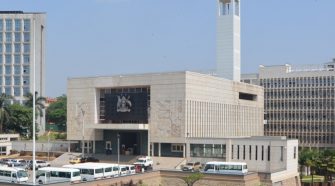