The Ruhinda North MP, Thomas Tayebwa has asked government and the Parliamentary Commission to clarify on the legislators whose security will be boosted under the President’s directive.

President Museveni through a recent letter ordered the Minister of Finance, Matia Kasaija to procure a fleet of four-wheel drive pick-ups as well as provide sharp shooters from the army to enhance the security of the legislators.

Tayebwa says that following this letter that was circulated to all MPs, it’s not clear whether the advanced security will be given to all legislators or to selected few.

The legislator told the House on Thursday that although it is understandable that some MPs fear for their lives and therefore need their security beefed up, there are those who are not interested in receiving sharp shooters as proposed by President.

Tayebwa added, “We know we have our colleagues who might need security and I appreciate the President for expressing concern but it’s up to me to determine whether I need extra security or not”.

“I thus propose that in case there are those who need extra security of sharp shooters, they register themselves and the Clerk produces their list before procurement of the cars is done.”

“The Clerk should get their list and submit it to the Ministry of Finance so that cars are purchased for those MPs. For some of us who don’t need the sharp shooters, let the money be given to me to go and renovate the Health Centre 3 in my constituency.”

Speaker Rebecca Kadaga said Parliament will study and analyse the President’s letter and get back to the MPs with the appropriate guidance. 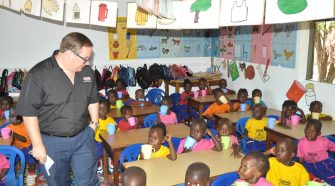