Last week, in a July 8 notice, President Yoweri Kaguta Museveni notified the CEC members that the meeting will convene on Sunday July 12, 2020 at State House Entebbe beginning at 11:00am.

According to the agenda, CEC members were to consider the NRM Electoral Roadmap after communication from the Chairman.

However, the NRM Secretary General Kasule Lumumba, in a notice to the CEC members, said that she was directed by the NRM Chairman to communicate to them the postponement of the meeting.

“I have been directed by the NRM National Chairperson to communicate to you, the postponement of the Central Executive Committee (CEC) meeting, earlier scheduled for Sunday 12 July, 2020 at State House , Entebbe, starting at 11:00 am,” Lumumba noted.

“The CEC meeting will now take place on Thursday 16 July, 2020 starting 12:00 noon. The venue and agenda for the meeting remain the same,” she added.

The National Electoral Commission (EC) last month announced a revised roadmap for next year’s General Elections in which it banned mass rallies and conditioned political parties to choose flag bearers by July 21.

As such, they postponed the meeting to Wednesday July 1, with hope that consensus would be reached. The second meeting instead differed the conclusive discussion of the party’s Roadmap to a later date upon receiving information that Cabinet had approved a Statutory Instrument spelling out how Political Parties will conduct their primaries in accordance with the COVID-19 preventive measures.

Indeed, Constitutional affairs Minister, Prof Ephraim Kamuntu presented to parliament a set of regulations to be followed by political parties during internal elections. They were then sent to the rules committee of parliament and later approved the House.

Rogers Mulindwa, the NRM Senior Manager of Information and Public Relations, said CEC will convene again after the outcome of parliament on the matter. 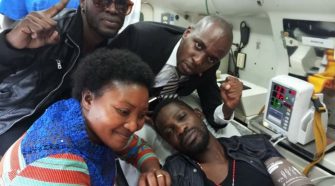