Sheema North seat fell vacant after the area representative, Elioda Tumwesigye resigned the seat after being elected as MP for Sheema municipality.

Odoi told journalists at the party EC headquarters in Kampala that the decision has been taken after the party failed to raise the required funds to hold the elections.

On Thursday 2, August, 2018, the NRM EC released a roadmap for NRM Primaries for Sheema North constituency and nomination of candidates was successfully concluded on Agust 14 and joint campaigns are currently going.

“Due to unavailability of funds, the Commission hereby announces that Primaries in Sheema North Constituency which had been scheduled for Monday 27, August have been postponed until further notice,” Tanga told reports on Wednesday.

He also noted that NRM primaries in the newly created districts of Nabilatuk, Kapelebyong, Bugweri, Kwania, Kassanda, Kikuube and the old District of Hoima also remain on hold.

Tanga added that the party needs to raise approximately Shs1bn which money helps the party to organize the elections by printing ballot papers since the election will be by secret ballot, voter education, training of village and parish election officers, we must provide transport for them as well as refreshments.

Tanga noted that the party EC has since written to the party national treasurer who is in touch with the party chairman to help in raising the desired funds and believes that within one week, they would have raised the money. 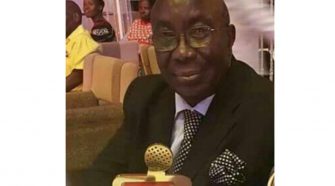