Jie County Member of Parliament (MP), Bildad Moses Adome has declined the appointment to the coordination team of Bobi Wine’s ‘People Power’ that was announced on Wednesday by the group leader, Kyadondo East MP, Robert Kyagulanyi aka Bobi Wine.

Adome was appointed among the People Power National Coordinators as the Team leader for Karamoja region who will coordinate the region with other members such as Bonny Ayen, Lopolo Mukulu and Badru Ponyu.

“I have seen a media circulation said to be from the People Power fraternity of which my name again comes in as a coordinator for Karamoja region with a group of others I don’t believe are true Karamojongs or are just concoctions as well. I will officially make a statement on this matter when I get time,” Adome said.

Adome added that, “Looking at the list, it’s surely a presumption by the People Power group that whoever voted against the age limit is for them. This is not true to some of us.”

Adome said that whereas it also might be right to belong to any political party, it is also his right to be protected from circumstances that may be of jeopardy to his roles as a member of parliament from NRM.

“I will request to know what exactly the People Power stands for, what they would wish me to do, how they expect me to do it and how possibly it may be of help to the people I lead. Short of the above, I won’t be fooled to accept what I don’t see light in….” Adome noted.

In a phone interview with Softpower, Adome noted that his fall out with People Power appointment results from the lack of consultation from the leader.

“I was never consulted by the team. I received a call at around mid-night from the People Power Spokesperson, Joel Senyonyi informing me about the arrangements; I told him that he should get back to me today morning but I only saw my name appearing on the list,” Adome said.

Asked whether he has plans to take on the appointment after being consulted, Adome responded to the affirmative noting that he will welcome the position after thorough consultations. 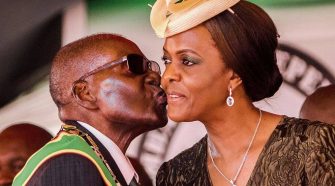