The Secretary General of the National Resistance Movement (NRM), Justine Kasule Lumumba has revealed that the party is ready to carry on with the scientific elections as prescribed in the new guidelines by the National Electoral Commission (EC).

The Electoral Commission recently issued new guidelines for the 2021 general elections calling for a scientific election were it banned amass campaigns on all elective positions.

EC also ordered that campaigns shall be held scientifically through the different digital platforms such as radios, Televisions and social media platforms.

While releasing the guidelines, the Electoral Commission Chairman, Justice Simon Byabakama noted that the guidelines were arrived at after several consultations with the Ministry of Health expects and are aimed at ensuring that the elections go on without conflicting the health of Ugandans given the prevailing COVID-19 pandemic.

Unlike the opposition political parties that have since called for postponement of the election in case normal campaigns are not to observed, the ruling NRM party told the MPs on Legal and Parliamentary Affairs that the party is in support of the scientific elections and ready to go on with the campaigns.

Lumumba said that the party sees no reason as to why the elections should be postponed adding that they should take place within the prescribed time frame unless something out of ordinary happens.

The party boss admitted that indeed the party has all along not been doing well in conducting digital campaigns and has enjoyed a minimal presence on social media unlike the opponents.

To be candid, this is good for our competitors because they have always been good at social media campaigns ahead of us, as NRM we have always had massive mobilization, person to person and physical big rallies, Lumumba said.

Lumumba added that, Our opponents have always been very good at digital but since it is an era that Uganda cant live outside the world, everything is going digital, we as NRM must up our game and invest more in this to make sure that we surpass our opponents when it comes to this.”

She emphasized that the party is ready for the upcoming general elections and are only waiting for the guidelines from the Electoral commission. 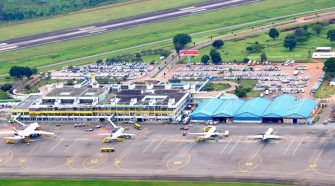