The ruling political party, National Resistance Movement (NRM) has changed its position on the 30 party members who did not vote for the removal of Presidential age limits in 2017, to allow them attend the forthcoming National Conference, at least according to government spokesperson Ofwono Opondo.

The constitutional age caps would bar President Museveni, 76, from standing for President in next year’s presidential elections.

During the second meeting of the 3rd National Conference last week, NRM Secretary General Justine Kasule Lumumba explained that the party Chairman President Yoweri Museveni had said the MPs in question were not expected to appear at the party’s National Conference scheduled for January 25 at the Mandela National Stadium.

“The national chairman for NRM gave guidance that for those Members of Parliament who did not move with the party when we were having Constitutional amendments will not be invited and therefore we don’t expect them to attend the national conference,” Lumumba said.

Her remarks were however watered down by the party’s legal Director Oscar John Kihika, who in a letter to Lumumba said the MPs are still members of the NRM and that baring them from the conference violates the party’s constitution.

“As you are well aware, the 30 NRM Members of parliament were entitled to attend the upcoming National Conference by virtue of Article 11(2)(j) of the NRM constitution which lists them as members the National Conference. To the best of my knowledge, these MPs have thus far not been dismissed from the NRM,” noted Kihika in a letter.

He advised that the MPs should be allowed to attend the National Conference.

Now, government spokesperson, Ofwono Opondo says the party considered the guidance of their Legal Director and has since lifted the decision.

“Let me report to the public and those members that that position has since been revised on the legal advice of our internal mechanism that first of these people are bonafide members of the party by the fact that they are NRM flag bearers in parliament. Nobody particularly wrote to the Secretary General informing her of any misbehaviour on their (MPs) part in 2017 and therefore we can not hold anything against them for now for having voted they way they did,” Ofwono said.

“So, they are coming for the delegates conference which is opening on January 24 and closing on 25. We shall start with the National Executive Council (NEC) and then windup with the National Conference,” he added.

Opondo says whereas it is true that the MPs misbehaved, their misbehaviour was not transmitted in accordance with the party’s regulations.

“Since they misbehaved, nobody brought it to the attention Secretary General that these Members of Parliament defied the Caucus position whose sanction includes perhaps ensuring that they don’t attend other meetings and that has been reversed. I think it was inadvertent on the party of the party to make that pronouncement without due consultation for which we have acknowledged,” Opondo explained.

Opondo explains that the legislators he believes that there is need to democratically contend with the MPs since they have since supported various government positions in parliament.

“Their names have been processed on the list of delegates to be accredited on January 21 and the subsequent days, so they are coming and we hope they will come. Nobody is going to be prevented from attending this conference on account of what they voted for or against,” says Opondo.

“In any case, I think there has been been a weakness internally within the party. These members have since supported the party positions in Parliament on a number of critical issues among which was passing the budget. The budget is the most critical thing, so if they disagreed on one element and supported other issues, I think it is something we can democratically engage with,” he adds.

Opondo however reveals that allowing the ‘rebel’ MPs to attend the National Conference doesn’t stop any person with cases against them to forward them to the concerned and appropriate authorities in the party.

“CEC decided that even when they (MPs in question) come to attend, if there is anybody who has a case against them they should forward those cases to the Secretary General who will eventually transmit it to the Chairman of the Disciplinary Committee who is Hajji Moses Kigongo the first Vice National Chairman,” says Opondo.

On whether the legislators were to be sent invitations now that they party has reversed the decision to block them, Opondo says there are about 15,000 members of the Delegates Conference who can not be reached by individual invitations. Instead, the party publishes a notice in the newspapers inviting all members of the NEC and National Conference. 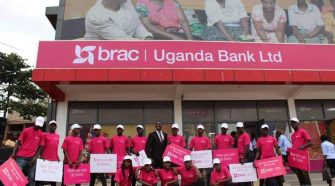