The National Resistance Movement [NRM] electoral commission [EC] has released a road map to be followed for the election of a new Iganga Woman MP flag bearer.

On August 16, there will be an update of the register in Iganga to prepare for the polling day on August 18 at NRM EC offices at the district.

Between August 19-21, members will be resolving conflicts, if any, at the NRM EC secretariat.

Speaking at the party headquarters in Kyadondo on Tuesday, Tanga said all candidates must be female Ugandans aged above 18, must be members of NRM with valid identity cards, pay Shs2m as nomination fee and must be born or be resident in the electoral area.

Other qualifications include; A’level certificate or its equivalent verified by Ugandan National Examinations Board (UNEB) and Uganda National Council for Higher Education (UNCHE) and a registered voter with the national Electoral Commission.

The party held a consultative meeting with key stakeholders on Monday and came up with this road. 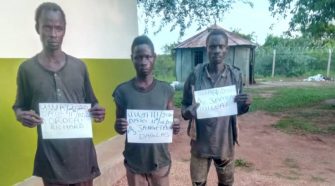