Members of Parliament from the National Resistance Movement (NRM) will on Monday convene to receive a report from the committee that was set up to study contentious issues sighted by members about 2017 Land Amendment bill and make a report.

The Government Chief Whip, Ruth Nankabirwa told reporters at the Office of the Prime Minister that she will convene the meeting on Monday since the time frame within which the committee was to report back to members had elapsed.

Nankabirwa noted that the committee which is headed by the Vice President, Edward Ssekandi was set up to harmonise the different views of several members over their reservations about the Amendment Bill.

The set committee was tasked to consider and determine amendments such as setting up a tribunal that will handle all land compensation disputes to have them resolved faster.

It should be remembered that after the bill which is intended to enable government to acquire land without prior compensation was mooted, it faced a lot of resistance from Members of Parliament, opposition, civil society and the public at large. NRM party members resolved to retreat and find out workable solutions.

“I will convene the Caucus meeting on Monday; the period that was given to the committee to report back to the caucus has elapsed,” Nankabirwa said. 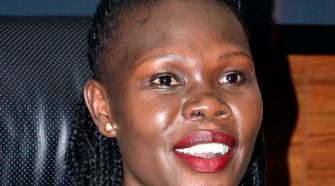