The National Vice Chairman for the National Resistance Movement (NRM) Youth League, Ibrahim Kitatta, has asked those intending to stand against the NRM national party Chairman, Yoweri Museveni, for presidency to opt out for the good of the nation.

Kitatta who also doubles as the Secretary General of the National Youth Council made the appeal while speaking at a function held recently in Masaka Military Barracks to brainstorm on NRM’s plans for the year 2019.

Kitatta told hundreds who had gathered at the function that the Presidential seat is not just one where someone can wake up one day with no prior planning, preparations, skills and experience, among others and decide to go to participate in the race.

“I’m appealing to you, most especially the young people and the legislators intending to compete with President Museveni, to bear in mind that the presidential seat needs someone like Museveni who is tried and tested with proven political and socio-economic ideology that is ideal for the country’s development,” said Kitatta.

He added that in order to maintain the country’s political stability, the young people should postpone their intentions and instead support President Museveni for the top seat in the coming elections.

Kitatta who is also the son to the Bukoto West Member of Parliament, Aboud Kitatta, used the function to thank the leadership of President Museveni for ensuring peace and stability under his 32-year-long rule compared to the past governments.

He added that the country has never been as stable since the precolonial days that were marked with tribal raids followed by colonial days of slave trade then the post-independence political instability that claimed lives of millions of Ugandans prior to 1986.

Kitatta added that Uganda is now on course to achieve Vision 2040 and such unprecedented development should not be interrupted.

His appeal comes at the time when a number of urban youths in Uganda are currently fuelling the Kyadondo East Legislator, Robert Kyagulanyi alias Bobi Wine to opt for peaceful transition of power through his ‘People Power’ movement.

But to Kitatta, Bobi Wine is only a floating plant that has no firm political base or taproot and is bound to be taken by wind.

Kitatta tasked the youths to be on the lookout and to sit down with their parents so as to better understand Uganda’s political history and its relevancy instead of rallying behind politicians who are likely to use them for selfish gains without adding value to Uganda as a nation.

Sempijja urged people of greater Masaka to produce more in order to have a self-sustaining economy and improve their incomes.

Others in attendance included the Masaka District Khadhi Sheikh Swaibu Nduga, RDC Lwengo Juuko Kasiita, Business men and women from Masaka Fraternity, among other statehood rest from the 9 districts of Greater Masaka.

The delegation of leaders also urged the youths most especially those still pursuing their studies to be careful during the holidays.

They tasked the youths to support government programs such as Youth Livelihood Programme, Operation Wealth Creation and others so as to arrive at a common sustainable development goal. 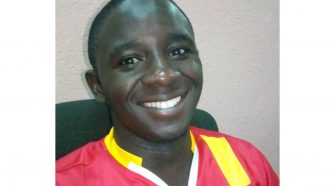