The Managing Director, National Social Security Fund (NSSF), Richard Byarugaba has highlighted that the Fund has no legal basis to provide partial payments to as suggested by a section of the members of the public following the outbreak of Coronavirus in the country.

A number of measures to fight the spread of Corona Virus have since been issued by the President, some of which have had immerse effect of the financial muscles of a number of Ugandans.

In the event, some employees have since been temporary suspended from their work places while others have had their side businesses closed down.

Despite all these changes, the prices for essential commodities such as food have since gone high.

According to the Ministry of Finance, a total of 780, 000 Ugandans are expected to run into poverty during the outbreak.

These and many other reasons have forced some Ugandans to demand for partial payment from NSSF which would help them cope up with the situation at hand.

It’s surprising that @nssfug hasn’t, as yet, rolled out a program to paying out a portion of members’ savings to afford them vital support thru the #COVID19 crisis.
Isn’t this what “Social Security”, a safety net, is about?
This is a world crisis of unprecedented proportions! pic.twitter.com/SIdYHKOldV

In response to their call, NSSF has issued a statement dated March 24, 2020 notifying the members of the public that the Fund has no legal basis upon which to make adhoc payments as being suggested.

“We empathise with Fund members in the face of the uncertainties resulting from the COVID-19 pandemic. We understand the sentiments regarding the need for partial payments from the fund,” Byarugaba said.

Byarugaba further explained that NSSF is a social security scheme created to provide a safety net for members in case of old age, permanent incapacitation or for dependents in the event of death of a member.

The NSSF boss said that the current pandemic does not meet any of the above criteria.

Barugaba argued that on the other hand, the partial payments would be discriminatory adding that the Fund has about 1.5 million members and if these were given relief from the Fund, the vast majority of the 19 million working population would be left out.

“Thirdly, about 80% of the fund’s assets in Government Treasury Bonds. If the Fund was to pay all its members a portion of their savings, it would amount to Government buying back its Bonds for us to raise liquidity,” Byarugaba said.

He added that this would leave Government short of locally mobilised funds for its social and economic interventions, which would have a more devastating effect on the economy in the long term.

Byarugaba however expressed hope that government is putting in place measures to lessen the economic impact caused by the COVID-19 pandemic. 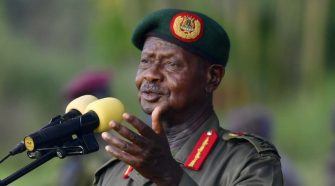 Museveni to Lead 100km Walk in Celebration of Freedom Fighters