The survey, conducted worldwide by CEM Benchmarking, sought to determine the competitiveness of pension and social security Funds on a global scale based on international standards on a peer-to-peer basis.

The key areas assessed were; Return on Investment, Net Value added, (the actual return as a result of an aggressive investment policy) and the Investment Cost.

NSSF was benchmarked in a category that included 310 pension funds, with asset sizes ranging from the equivalent of Shs 2 trillion to Shs 7 trillion based on the financial results for the financial year 2015/2016.

According to the survey report issued last month, NSSF outperformed its peers in all the three key areas.

The investment cost is comprised of asset management fees and costs plus oversight, custodial and other costs. It excludes transaction costs, private asset performance fees and non-investment pension costs such as actuarial costs and benefit administration.

Commenting on the performance, NSSF’s Deputy Managing Director, Patrick Ayota said that the report offers an internationally recognised benchmark on which the Fund can compare itself against other pension Funds with similar size globally.

“I am pleased to announce that on all aspects, the Fund performed much better than its peers. This is a vindication of our aggressive but prudent investment strategy we have implemented over the last seven years,” Ayota said.
Of the 310 pension and social security Funds that were considered by CEM Benchmarking for the study, 144 are corporate, 120 are public funds while 46 are categorised as other.

“This study shows that our costs are actually low compared to global Funds of our size. We are creating more value for our members at a much lower cost,” Ayota further commented but noted that the achievement challenges the Fund to continue delivering real value to its members.

Last financial year, NSSF reported a good financial performance that saw the earnings grow by 35% from Shs 674 billion in 2016 to Shs 912 billion in 2017. Its asset portfolio grew 20%.

The total contributions also grew by 17% to Shs 917 billion in 2017 while the number of employers and members registered, grew by 14% and 9% respectively. 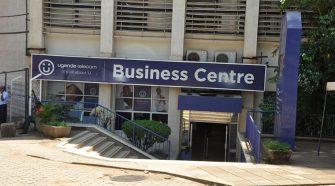 Parliament Has No Powers to Investigate Insolvent UTL, Says Kadaga