The Chancellor Uganda Christian University Mukono and Archbishop Church of Uganda, The Most Rev. Stanley Ntagali has asked government to exempt non-profit making education institutions from levies such as income tax.

Archbishop Ntagali said this while speaking during the 19th graduation ceremony at UCU Main Campus in Mukono on Friday.

He applauded former Finance Minister, Dr. Ezra Suruma for his role in having education institutions exempted from taxes.

However, these gains were quickly overturned by the subsequent Ministers of Finance, said the Archbishop.

“UCU is indebted to Dr. Suruma for as Minister of Finance, he had clear understanding of higher education as a service and he removed the income tax levy from private institutions. Unfortunately, your wise ruling was reversed by your successors in 2014,” he said asking government to reconsider its decision.

Now the Chancellor Makerere University, Dr. Suruma was the guest of honour during the graduation. He asked graduates to live committed and Godly lives if they are to succeed in life.

“In Uganda, people fight over land. The greed kills the owners, or they use their positions of power to acquire property by oppression,” Dr Senyonyi said.

“They build palatial houses though they can only live in one bedroom. And when they die, as we all must, their burial spaces are measured economically to fit their coffins and leave room to use for beneficial work for the living”.

The graduands comprised three doctoral students who included the first PhD graduand in the history of UCU; Maturu Milly Erema. She graduated with a doctoral of philosophy. Two other students; David Goobi Kataate and Selugo James graduated with doctor of ministry.

Among the graduands was Aisha Nabukeera who graduated with a Bachelor of Social Work and Social Administration. Nabukeera rose to fame in February 2006 after she was burnt by her stepmother.

Speaking after the graduation, she thanked her mum Sophia Nakandi, businessman Frank Gashuma and Prof. Lawrence Mukiibi (RIP), the departed proprietor of St. Lawrence Schools for their role in her education. Prof. Mukiibi offered her scholarships for her secondary education while Gashumba adopted her since news of her plight became public.

Nabukeera has not got a job yet but she has been applying in different organisations. She wants to be a child rights advocate and has a registered charity; Aisha Nabukeera Foundation which hasn’t taken off because she has been busy with studies. She hopes to dedicate more time to it.

The graduands also included two departed students who graduated posthumously. They are; Julius Akugizibwe (Bachelor of Education) and Victoria Nakimuli (Bachelor of Laws.) Nakimuli breathed her last on April 30th, 2018 while Akugizibwe died in an accident in January 2018 shortly after finishing his final examinations.

Among the graduands were pioneer classes of Bachelor of Science in Accounting and Finance, Doctor of Ministry program and Doctor of Philosophy. 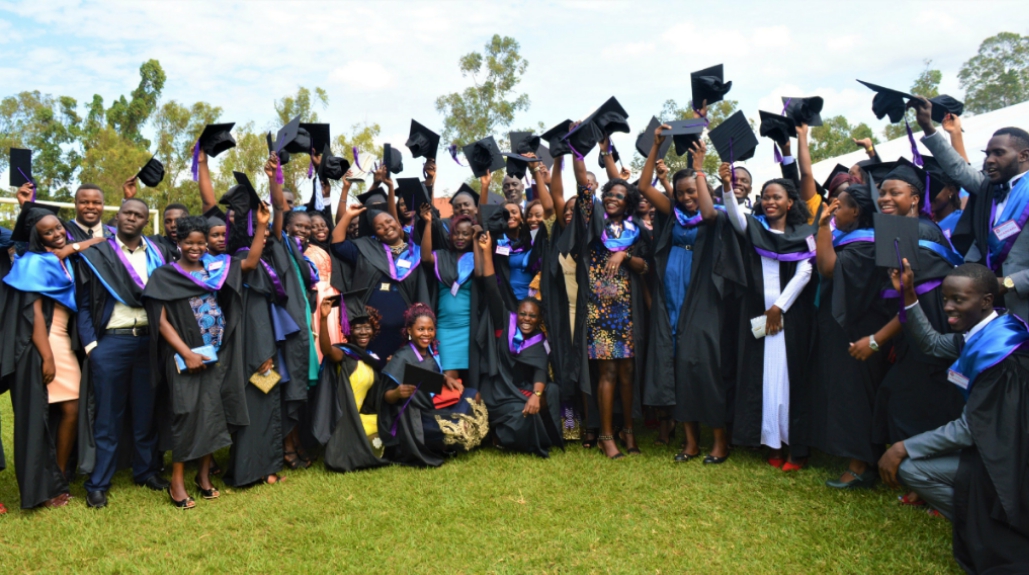 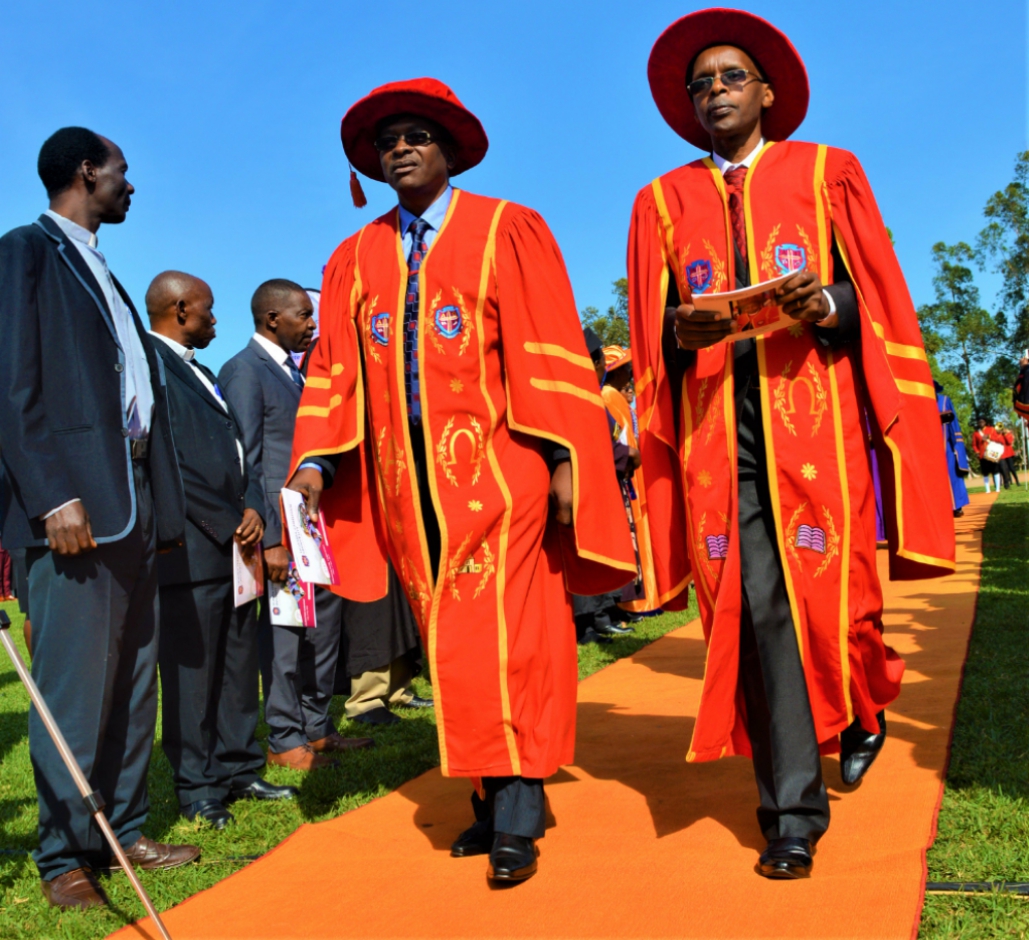