The Management of Mbarara based Nyamityobora FC has suspended five players off the pitch over their behavior.

Players are said to have shunned attending trainings at their home ground in Kirembe cell Nyamityobora ward in Kakoba division.

This was confirmed yesterday by club President, Ben Immanuel Missaga who said that the suspended players were undisciplined on pitch.

It is alleged that the five mobilized their colleagues to shun weekly trainings because they are demanding their monthly salaries and match allowances.

There were reports tying the recent resignation of club officials to the lack of funds to pay them.

However, Missaga denied the allegations saying that all players are all taken care of and their salaries are paid on time.

“The suspension of those players is because of indiscipline and inciting others with bad influence. Players’ primary duty is to play football, win matches. The other issues follow,” he said.

“You know money always brings about issues, but we pay them,” Missaga said

He believes that with the appointment of a new coach, Asaph Mwebaze, issues relating to morals in the club will be sorted.

“We have brought in a new coach to stabilize the club so that we are highly competitive and we become a winning team and also we needed a coach who is going to structure the club as a manager and that is why we brought Mwebaze,” said Missaga.

He said that Mwebaze, a holder of a Bachelor’s Degree in Commerce will manage to stabilize but also come up with a structure which is to govern the club.

Mwebaze assured the club directors that he will officially take charge of players’ behaviors. 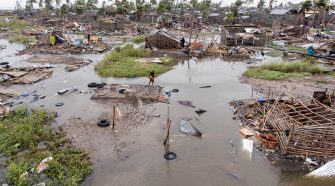 1,000 People Could be Dead After Devastating Cyclone, Says Mozambican President