Former U.S President, Barack Obama has arrived in Kenya on Sunday for his visit that will also include launching a vocational centre in his late father’s ancestral county.

Obama landed at Jomo Kenyatta International Airport on Sunday afternoon and immediately proceeded to State House where he was welcomed by Kenya’s President Uhuru Kenyatta. There, he is expected to hold a meeting with Kenyatta and opposition leader, Raila Odinga.

On Monday, he will leave Nairobi for his ancestral home in K’Ogelo in Siaya County to preside over the commissioning of a project by his half sister, Dr Auma Obama.

“It was a great pleasure to welcome you back @BarackObama,” President Kenyatta tweeted on Sunday. 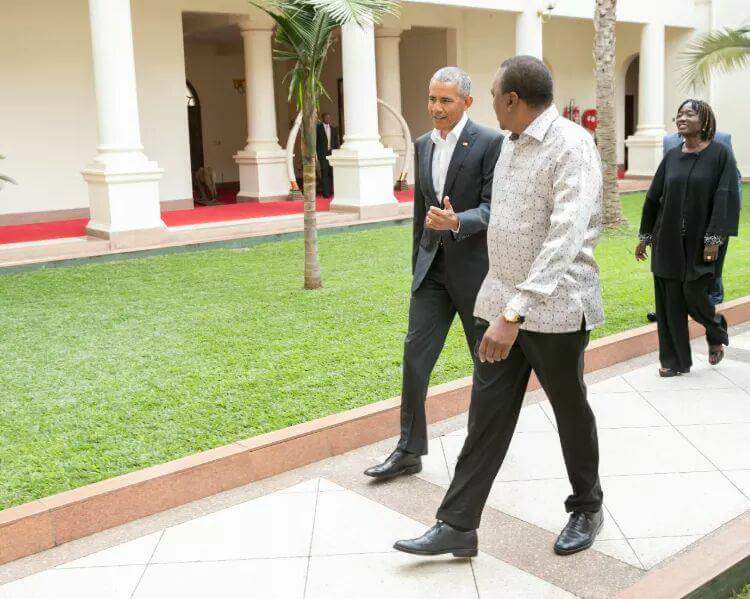 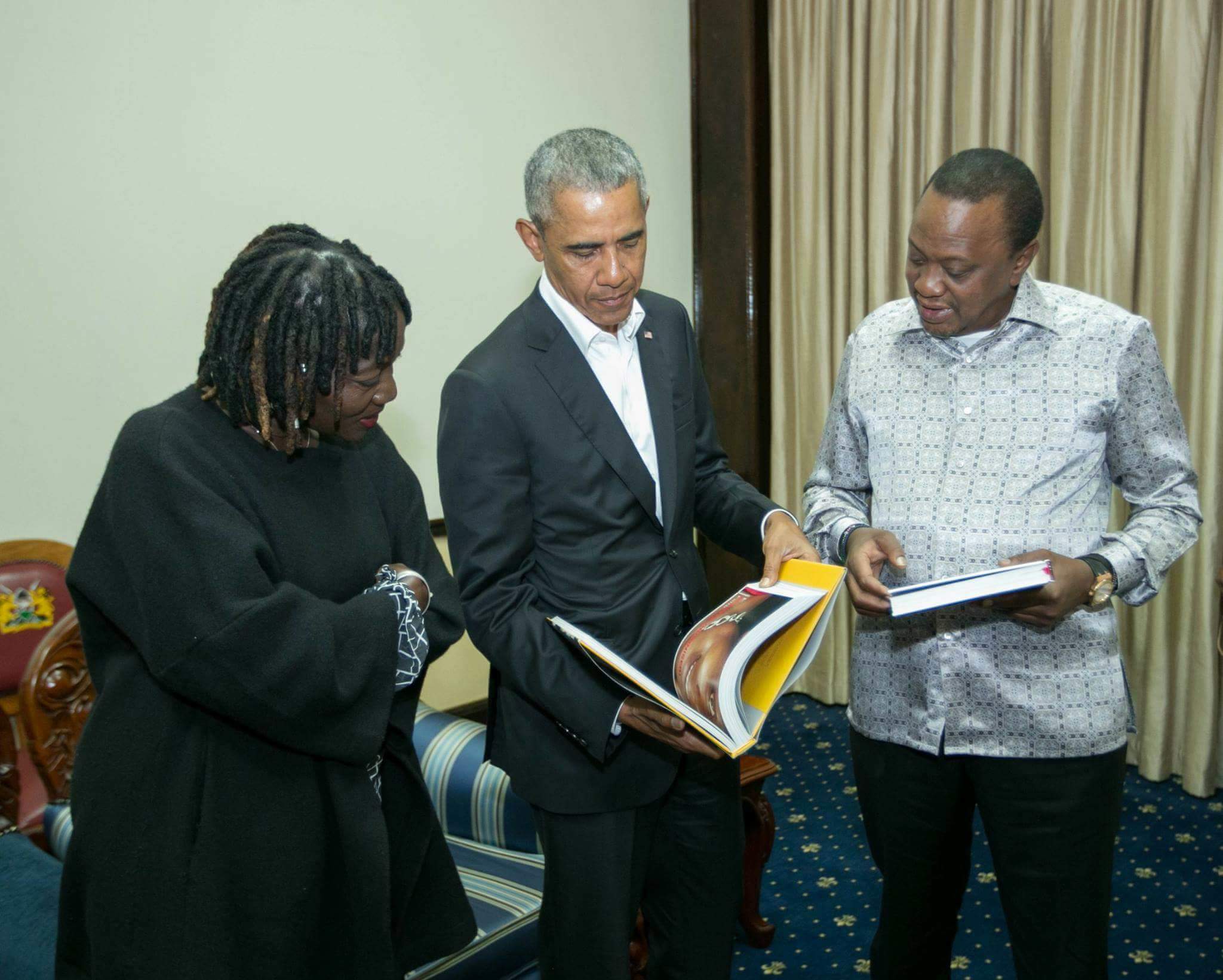