Police has said it will continue to arrest those that violate the law by offending or annoying the person of the President unless such provisions in the law are repealed.

Last week, President Yoweri Museveni blamed to the Police for enforcing a colonial law – annoying the President – instead of focusing on the substance of the acts or intentions of people who commit offences relating to incitement.

He said this while responding to queries from reporters at the Nakasero State Lodge on Thursday last week.

The President said he has no problem with being annoyed.

“Annoying the President, I don’t mind being annoyed. I think that was a colonial law which I used to hear about,” the President said.

“Police should concentrate on the substance. Like telling lies, incitement and sedition. But a President can be annoyed. If he’s annoyed only, that’s not a big issue”.

However, on Monday, Police spokesperson, CP Fred Enanga said that as far as Police is concerned the law characterizes such actions as offences and the law has to be enforced.

“We are guided by the Director of Public Prosecutions (DPP). These are crimes that exist in the law books,” Enanga told reporters on Monday.

He added: “Under the Computer Misuse Act and the Penal Code, there are several provisions. Provided they are not repealed, they still stand”.

Enanga said it is upon the DPP to harmonize such provisions.

“The DPP has the duty to peruse the cases we forward to him, ” he said, adding that in incidents where the DPP has found no case, the suspects have been freed. 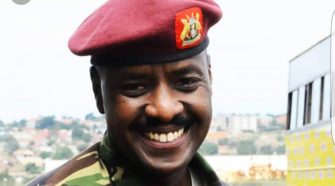