The lead prosecutor in the Dominic Ongwen trial at the International Criminal Court (ICC) has challenged the methodology used in the reports of a defense psychiatrist who assessed the mental health of Ongwen.

Benjamin Gumpert, the lead prosecutor in the trial, also challenged psychiatrist Dickens Akena about why he and his colleague, Emilio Ovuga (both defense psychiatrists), did not question Ongwen about the charges against him and his mental state during the times he is alleged to have committed those crimes.

In his testimony on November 19, Akena said they requested to interview several people to find out if they corroborated what Ongwen told them, but they only managed to interview four people.

He also argued that the psychometric tests Gumpert pressed him on had to be treated with caution and were best suited for measuring the severity of a mental illness rather than determining whether someone had had a mental illness in the past.

Akena testified that during their interviews with Ongwen, he denied the charges against him, so they did not pursue what his mental state was charge by charge. Akena also said that when someone has a mental disorder that person does not experience it daily throughout the day.

Ongwen has been charged with 70 counts of war crimes and crimes against humanity he is alleged to have committed as a Lord’s Resistance Army (LRA) commander between July 2002 and December 2005. He has pleaded not guilty to all counts.

As part of his defense, Ongwen’s lawyers called two psychiatrists to give evidence that he had a mental disease or defect when he is alleged to have committed the crimes he has been charged with. Therefore, Ongwen cannot be held responsible for those crimes. This defense is provided for in Article 31(a) of the Rome Statute, the founding law of the ICC.

When Gumpert began questioning him on November 19, Akena sat with his arms crossed and prefaced his answers with, “Mr. Gumpert.” This was in contrast to Akena’s demeanor the day before and in the morning of November 19 when Beth Lyons, one of Ongwen’s lawyers, questioned him. During Lyons’ direct examination, he would lean forward with his arms on the witness table or sit back and gesticulate as he answered questions.

As the day progressed on November 19, however, Akena relaxed, uncrossed his arms and did not preface all his answers with, “Mr. Gumpert.” However, whether he was tense or relaxed, most of the time Akena did not give a “yes” or “no” answer, even when Gumpert pressed him for such an answer. In his answers, Akena explained that it was important to elaborate the context of something or express caution, which is why he was unable most times to give a simple answer.

One issue Gumpert questioned Akena about on November 19 was Ongwen’s eight suicide attempts, which the experts documented in their report. Earlier in the day, Akena told Lyons that Ongwen said he made the attempts when he was an adult and while he was still in the LRA.

“Somewhere along the way something was giving. I think the burden was becoming just way too much for him. If you don’t remove an individual from the source of this trauma something is going to give. You can’t be resilient all your life,” said Akena. Lyons asked him whether it was possible that someone could attempt to die by suicide eight times. Akena said it was not impossible.

Later on, on the same day, Gumpert asked Akena to confirm that Ongwen told him and Ovuga he made eight suicide attempts. Akena said Ongwen told them about some of the attempts and others he told the mental health staff of the detention center where he is held. Gumpert then asked Akena to confirm that these suicide attempts were documented. Akena said they were.

“Where are they clearly documented?” asked Gumpert.

“In our report,” replied Akena.

“So, in other words what you are telling the court is ‘He [Ongwen] told us and because we have written it down it is clearly documented,’ yeah?” asked Gumpert.

Gumpert then referred to the first psychiatric report Akena and Ovuga wrote in December 2016 in which they reported Ongwen told them his first experience of dissociation was in 1989, and he had as many as eight episodes of “altered mental states.”

“No mention of Dominic B. It was a very different account, which he gave you on those two occasions?” asked Gumpert.

“It was. And the reason was that this information became more apparent and more clearer with time and that is why we had to report it the next time around,” replied Akena.

Gumpert later asked Akena about the timing of Ongwen giving them an account of his having two personalities. Gumpert observed that Ongwen gave them this account in April 2018, after three prosecution mental health experts had testified about mental illnesses.

“Did it occur to you that this change, this inconsistency might be more to do with the evidence that he had heard?” asked Gumpert.

“No, it did not occur to us that way,” answered Akena.

Gumpert also asked Akena about the ways he and Ovuga challenged Ongwen about his account of the two personalities.

“Now, the third way was by telling him that he should fight Dominic B. That wasn’t a challenge, was it?” asked Gumpert.

Akena said this was a way of testing whether Ongwen’s account of two personalities was consistent. He said when they asked Ongwen to fight Dominic B, “… the client shot back at us, ‘I don’t like these things. I want to be normal like you people. I don’t like being tired. I don’t like [that] they make me weak. When they [Dominic A and Dominic B] are fighting I can’t play football.’”

“What about challenging him by asking him why he hadn’t told you this two years before?” asked Gumpert.

“Ideally, he should [have told us earlier],” answered Akena. He went to explain that in his regular practice as a psychiatrist there are times it has taken him a long time to diagnose what is ailing a patient, and the patient and their family have not been happy with him.

He said they would question him, “How come you didn’t discover this in the beginning? How come you are discovering this now? Sometimes you actually get blamed for that. By yourself, by your colleagues.”

Gumpert also asked Akena about how he and Ovuga verified their diagnosis that Ongwen had post-traumatic stress disorder during the time he is alleged to have committed the crimes he is charged with. Gumpert asked Akena about some of the different criterion described as necessary to reach such a diagnosis.

The criteria Gumpert referred to are in fifth version of the Diagnostic and Statistical Manual for Mental Disorders (or DSM-5). The DSM-5 is a reference book, and all of the mental health experts who have testified in the trial of Ongwen have accepted that it sets the globally recognized standards in diagnosing mental illness.

One criterion Gumpert highlighted was recurrent distressing dreams. He asked Akena why the women who had been Ongwen’s “wives” while they were in the LRA did not say anything about Ongwen having such dreams when they testified in court.

Akena chuckled and asked Gumpert, “How would they notice that?”

“Well, they are sleeping in the same bed with him?” asked Gumpert.

Akena called the question strange and then answered, “We didn’t ask … that question because we didn’t have access to the people [who may have had answers].”

He added that among the four people they interviewed to corroborate what Ongwen had told them was a woman who had been his “wife” in the LRA.

“She was in such a terrible psychological stress that we discontinued [the interview],” said Akena. He said the ideal thing would have been for them to interview some of the women who had been Ongwen’s wives.

“I don’t know whether anybody asked them about the dreams,” said Akena, referring to their testimony in court. 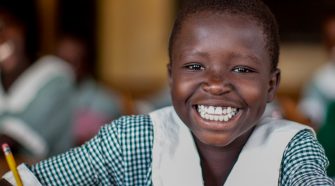