Speaking during a meeting with residents at Royal Gardens in Nansana on Monday, Kaihura said most of those who participate in crime like murder and theft are mostly unemployed youths whom he said need to be helped to get something to do.

“We must start a program that focuses on solving social problems which create an environment of social behaviour in which criminal gangs thrive,” Gen Kaihura said.

According to Kaihura, many youths are contracted to carry out crimes because they have no source of income.

He said he has contacted officials from the Operation Wealth Creation to roll out a program in Nansana municipality so as to benefit unemployed youths in the areas.

According to Kaihura, the program after being piloted in Nansana would then be taken to other parts of the country.

The residents, however, blamed courts of law and police that release suspects who resume terrorising communities as soon as they are free.

The Chief Coordinator of Operation Wealth Creation, Gen Salim Saleh earlier advised that instead of training crime preventors, funds should have been used for income – earning youth enterprises including agriculture that would ensure youth are employed. 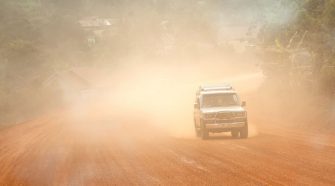