KCCA’s planned move to organize the Kampala transport system is essential for all and not the so-called urbanites. A practice that will do well towards curtailing road congestion, in the central business district, and its surrounding areas.

With Uganda striving to achieve middle-income status traffic gridlock in its capital, Kampala, is one that should be on top of her agenda.

In 2018, the Uganda Revenue Authority estimated a one million motor vehicle population in the country at the end of March. Registering an entry of approximately 10,000 new registered car units into the country, annually. In the same year alone, the Uganda Bureau of Statistics (UBOS) reported 43,764 and 93,213 new motor vehicles and motorcycles registered, respectively.

The majority motor vehicle and motorcycle population are ingested in the capital, Kampala, a city, which was planned based on a more teensy-weensy population, than the current, day time population of approximately 2.5million and at night, dwindling around 1.5 million (UBOS, 2014).

A scare to the already tall Kampala traffic, characteristic of six vehicles in a 100-meter radius, of each ferrying passenger numbers of 24 in total, a figure a single bus would ferry. This not only consumes space in physical but time. A setback in global competitiveness for Uganda, given the light bulb, is never turned off, in whichever corner of the sphere.

True to thought, toll fees towards private cars making an entry into the city, is one nightmare and trade of soul to public transport, but a grand win in easing mobility and its spillover effects.

This will see monies levied channeled to the aching Kampala drainage ulcer, paving and street lighting to elevate the capital’s security haven, which in tandem, would increase shopping hours at some of the dark spots, and walkways, beautification and greening, and a cut down on car pollution in the city.

Furthermore, as Uganda cements itself as a MICE destination, and soaring chain of international hotels, Hilton, Marriott, Onomo, Kempinski, Noom, Continent, Radisson Blu, Red, Best Western – all in the pipeline – visitor stay and movement are paramount.

Not to say the transport hiccup is a preserve of developing countries only, barring the already established. However, it is down to how and when a contingency plan is drafted and implemented, in light of rapid and expansive urbanization.

China, for example, the most populous country with nearly 1.37 billion inhabitants, on opening its market to the world, outlined a superior transport network as one of the fundamentals of planned urban growth coupled with planned economic development.

“We should allow some people and some regions to get rich first, and they will lead the others to common prosperity” – Deng Xiaoping.

Case study, Jinhua city in central Zhejiang province, Eastern China, is an upscale smart metropolitan, boasting of well-organized traffic flow, street lighting, beautified parks, and walkways. Jinhua stands tall as one of the major hubs of land way transportation in the country; Hangzhou-Jinhua-Quzhou expressway, Jinhua-Lishui-Wenzhou expressway, the No. 330 and 320 national highways, and other provincial highroads traversing the area.

Additionally, the presence of a Bus Rapid Transit service (BRT), affords a seamless link between road and rail, in the central urban area of Jinhua.

As of 2017, Uganda imported $5.84B, led by refined petroleum which represented 16% of the total imports of Uganda, the Observatory of Economic Complexity notes.

Through BRT service, KCCA envisages a fast, well-organized and time-saving mode of transport harmonized by light rail, in the metropolitan area.

Furthermore, like the 14 “open coastal cities” Kampala, can present a hallmark for other cities across the country to pick from. With any luck, this will put an end to siren sounds from lead cars, clearing the way for VIPs, and security personnel and motorcade moved to man and patrol communities.

In turn, saving on foreign exchange spent on importation of fuel. 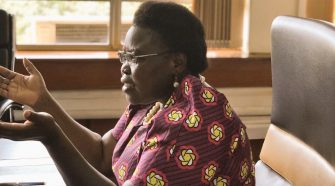