Of course there were problems with due process in Bank of Uganda (BOU), but don’t be fooled: BOU’s actions were based on sufficiently reliable info, written or unwritten, that these banks were crashing from fraudulent management, and BOU did its job of protecting the depositors.

The layout of its share-holding was also illegal! Do not forget that. The National Bank of Commerce was another fake outfit that was under-capitalized due to its share holders stealing from the bank.

GT-Bank was not fraudulent but business had failed as the market was not dynamic and large enough for them to remain in business.

In all cases, Bank of Uganda acted in time to prevent depositors from losing their money, thereby deflecting the losses to the tycoons who owned these fake banks and who caused themselves the losses – not we Ugandans.

Therefore, COSASE report’s recommendation that these corrupt tycoons be compensated is the most blatant abuse to the tax-payer you can ever imagine. That the poor people who never ever interfered with the Banks’ governance now compensate the tycoons – BECAUSE THE CENTRAL BANK DID NOT FOLLOW PROCEDURE.

Does Kantuntu in his heart of hearts believe that these banks were healthy and blameless? Why was his report one-sided? Did he and his incompetent committee do an in-depth audit of the financial and managerial health of these fake banks?

For deflecting the fake banks’ liabilities to the tax payer, the COSASE report is one of the fakest reports to ever come out of Parliament – that the struggling tax payers should compensate the billionaires and incur the liability arising from BOU’s failure to minute what it did? Sounds preposterous – I have not seen something so openly silly.

And aside from his flamboyance and feminine mannerisms (which is perfectly OK by the way), Katuntu sounds so dumb!

The writer is a lecturer at the department of Epidemiology and Biostatistics, Makerere University School of Public Health, Uganda 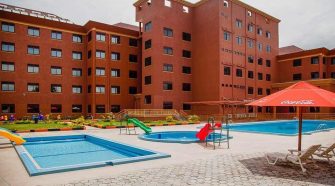