This week, news broke out that 44 Rwandan nationals were Wednesday arrested by Police in Uganda after successfully using illegal channels to cross to Uganda, beating their country’s travel ban and security at the crossing points, which for six weeks now, is preventing Rwandan citizens from entering Uganda.

They all didn’t have immigration documents allowing them in Uganda, apart from their Rwandan National Identity Cards.

Vincent Mwesigye, the Rwenzori region Police Commander, told this website that the arrested Rwandans said they were in Uganda to find work to do.

Now, under the Citizenship and Immigration Control Act, the action by the arrested individuals, is a crime and are liable on conviction to a fine not exceeding sixty currency points or imprisonment not exceeding twelve months or both, and deportation thereafter.

Uganda, the only hope for Rwandans

Before Rwanda slapped a ban on its citizens’ travel to Uganda, huge numbers of Rwandans would trek to Uganda on a daily for food and other essentials. School children including students in University would also get their daily education from Uganda.

When Rwanda blocked over 100 Ugandan cargo trucks from accessing the Rwandan territory, they also blocked Rwandans from travel to Uganda.

However, when Rwanda put a stop on them, many resorted to desperately using illegal channels to enter into Uganda, an indication that Uganda is their only hope.

Rwanda Defence Forces had to enforce the travel ban by forcefully stopping the Rwandans from crossing into Uganda. Hundreds were arrested by Rwanda’s security at border posts, dozens are up to date reported missing.

Their massive exodus then, and these reported entries coupled by their ability to defy the unjustifiable decision by their leaders to stop them from crossing to their brotherly country, only positions Uganda as the saviour and hope for Rwandans who look at Uganda as their other and better home.

Handing them back to such angry authorities is not only unkind, but also, an equivalent to throwing them in a den of hungry lions – they will definitely be punished for defying ‘unlawful’ orders whose sentence the accuser (Rwandan officials) determines and implements as well.

I have a strong conviction that they are in terrible fear, they can’t imagine what they are headed for upon deportation.

When a child helplessly runs to you from their home with wounds of assault and pleads not to be taken back, you then, realise that there is ‘fire’. You then, don’t chase him away but instead, report to Police and help him out.

In March, several youths from Rwanda fled the country through Tanzania, saying they feared forceful recruitment into the army. That is not the country where you hand, a national who has escaped.

There is a possibility that they escaped, due to political reasons including witch hunt, not seeking jobs as they told Ugandan authorities upon arrest. Uganda ought to host and avail them the best treatment as investigations proceed.

Uganda hosts over a million refugees including many Rwandans. Uganda can hosting an additional less than 50 refugees instead of surrendering them for persecution. 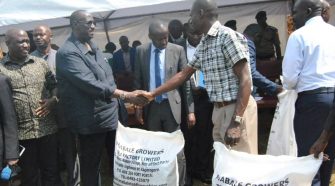