For a couple of months now, the Uganda Police Force has been embroiled in providing inaccurate, not double checked and untrue information regarding a number of issues in the country.

It is actually becoming rather, supererogatory.

In fact, the act has not only affected their public reputation, trust, believability and confidence, but also, misled both social and mainstream media which relies on them in their reportage since they (Police) are ideally deemed credible on specific beats especially law and order.

It is a journalism practice to equip the masses with factual and accurate information, but when a ‘credible’ source like Police feeds scribes with fake and unresearched information, then it becomes a mess.

In the most recent shooting along the Kampala – Entebbe Expressway on Thursday evening which resulted into the death of two people including a male and a female, Police hurriedly with confidence, communicated that the female victim was Maya Kamukazi Florence, a Rwandan national.

Throughout Friday, media quoted Police and reported how a Rwandan national had been assassinated in Uganda. But by close of business on Friday, Police had shifted goal posts on the deceased’s identity, saying she is a Ugandan from Mbarara.

“The second victim was later identified by her husband Mark Rugyenza of Bugolobi flats as Tumukunde Merina, a 37 year old female adult, who died in a seating position, in the hind seat, and with a single bullet wound to the head. She is a Ugandan from Mbarara District (we regret the error in names),” Police spokesperson, CP Fred Enanga noted in a statement later on Friday.

Now, a lot remains to be desired on why and how Police smuggled in Maya Kamukazi’s name in this tragedy. In fact, I am awestruck by the underlying untold intentions. This can not be a mistake, Police’s information to the public is perused and double checked at different stages, how come this lie found its way in?

This is not the first time Police is caught off guard and misleads the public. You remember recently when government through its spokesperson, Ofwono Opondo, accused them of telling lies regarding money printing investigations at Bank of Uganda (BoU).

Yes you heard it right, government accused Police of telling lies. Police had said that they had raided homes of six senior bank officials and recovered documents which suggested the printing of unauthorised excess currency notes. This was as well widely picked and published by the media.

The narrative was however quashed by Ofwono Opondo, saying it was misleading. He asked the Inspector General of Police to reign in on his officers.

“The government is only aware about investigation of extra consignment including solar machines, batteries, among others which was shipped into the country, but we are not aware about extra money which was printed. Police should correct that record, it is a mistake,” Opondo said.

On Twitter thereafter, Opondo posted that: “We ask @PoliceUg to clarify on their statement about @BOU_Official in accordance to existing investigations. We believe the Police made a mistake while addressing the media.”

Police has since gone mute on the matter.

These and many more incidents have sentenced the public to seeking other sources to verify information given by Police before believing it.

This can be mirrored through Ziggy Wine’s death where Police scrambled with convincing the suspecting public that indeed, the musician died of accident injuries. They had to parade one of their officers together with another victim to prove they were two different individuals and not one as earlier speculated.

This is a precarious and threatening trend. Police ought to be reminded that there is no compromise on accuracy when it comes to mass communication.

Nothing undermines reputation like Police’s consistent errors in their communications, be it big or small.

Is it because of rushed statements or lack of proper internal communication and coordination? Why should Police posture as if getting it right is a mystical art?

It is a fact that by consistently relaying mismatches in their information, Police is steadily embarking on a self destruction mission in regard to their reputation and acceptability.

Only a quick response to saving the situation will serve them better. 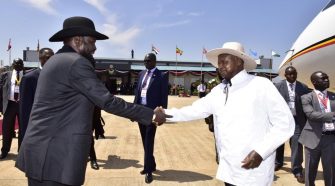