The success of any team is built on foundations set up overtime. However it is quite understandable for football fans to get excited about qualification of Uganda Cranes to the big stage tournament finals as the epitome of their satisfaction.

A lot has been said about how FUFA treats Qualification of the Uganda Cranes to AFCON Finals as a top priority item on the agenda of its activities. Unfortunately both fans and FUFA can never be on the same page about the subject. Different strategies and thoughts occupy their planning sessions.

Institutions have strategies and so is FUFA.

Meeting the demands of football fans, sponsors and let alone the internal football stakeholders, may not come on a cheap. Such challenges are a daily menu for any administrator in Ugandan football.

Back in early 2015 at Imperial Royale, FUFA organised a Symposium at which various stakeholders exhaustively identified the main challenges of football in Uganda from which 8 key focus areas were drawn for a 5 year strategic plan.

Governance, Football Development, Equipment and Infrastructure, Competitions, National Teams, Marketing and Communication, Finance and Administration and Membership are key areas FUFA has pumped all its energies and brains for a better institution and football industry.

The success for FUFA on and off the pitch in the past five years is by design and not accidental. With a Vision to be the number one football nation in Africa on and off the pitch, FUFA’s desires to deliver the beautiful game to the dreamland got hinged on the key focus areas.

Deliberate efforts have been made for change to attain better and professional results in the game but the amateurism mindset still lingers around.

Football development is not all about players going for greener pastures. The players need the expertise to handle them before they are groomed into the real deal. Trained human resource is paramount and that is an area FUFA has covered with tremendous success. Moving from 28 CAF C trained coaches in 2013 to close to 2500 at all CAF levels, gives much belief that the coaching system is getting better in the country. A systematic football education curriculum through the office of the Human Resource and Capacity Building Manager Jackson Nyiima has seen improvement in other areas like refereeing, administration, football Instructors and management across all levels of Ugandan football.

The involvement of cultural and central government leaders has raised the profile of the game, brought them much closer and also to understand the way the game is run in the country. The backing from government and the Fountain of Honour is a deliberate effort by FUFA to sell the beautiful game to the powers that be so that they can be brought closer. The funding to the National team-Uganda Cranes from Government is as a result of FUFA laboring to explain to decision makers on how to get involved by supporting the team.

Quality football comes at a cost but putting in mind the kind of infrastructure we have in the country, it becomes a huge challenge. It is an area that FUFA believes in the next five years there will be a remarkable improvement with the football stadiums around the country. The FUFA Drum tournament opened our eyes on the state of Provincial stadiums around the country. Upon completion, the state of the art training centre at Kadiba in Rubaga and FUFA Stadium in Lugazi will come in handy.

Creation of new competitions has given players more football in their legs. One of the challenges we face is getting more football played for the girls and boys.  An African player is supposed to play an average of 60 matches per year to give them chance to improve on crucial areas they might have missed during youth development. The FUFA Women Elite League, FUFA Women’s Cup, FUFA Juniors League, FUFA Drum, Uganda Cranes Regional Tours and mandatory involvement of teams in the Stanbic Uganda Cup from the first to third division has helped players grown in confidence.

Various Uganda National Teams line the U-17, U20 and U23 have been entered in continental football competitions with the view that they will keep learning and also have an eye on making the global championships. The Junior team (U17) set to play in the AFCON Finals in Tanzania this year is a success story as all players in the team are products of the FUFA Juniors League.

The National senior team-Uganda Cranes are already through to the AFCON Finals while the women National team posted remarkable results in the CECAFA and COSAFA Championships. Football can’t survive without monies. It is an ear where FUFA has registered success as 20 corporate companies are injecting money in local football. Image building has gradually seen the public accept FUFA as a brand and a lot more is in stock for the followers. Controlled leakages of funds and recruitment of expertise at the FUFA Secretariat has seen the institution realize noticeable increment in income generation. A strong institution primes on its membership. With a 33 stable membership block, FUFA believes that there is light at the end of the tunnel.

Much focus this year will be on development of the game in the areas of youth, capacity building, women, beach soccer, infrastructure and not forgetting the two AFCON Finals for Under17 and Uganda Cranes.

It is Our Game, It is Our Country.

The writer is the Communications Manager for FUFA 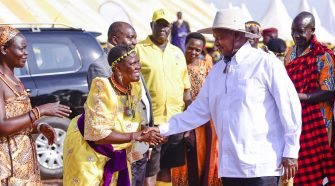