Uganda’s President Yoweri Museveni on Friday concluded his three day state visit to Kenya, where he held bilateral talks with his counterpart Uhuru Kenyatta on economic and political ties and integration as well as addressing a joint Press conference in Mombasa before taking a train on the new Standard Gauge Railway to Nairobi where he delivered a public lecture on African integration.

Although a detailed statement regarding the outcome of the talks between the two Principals of the East African complementary economies is yet to be released, some of the things communicated to the public so far, signify stunning achievement for Uganda.

In fact, this is one of the most successful mission oriented trips for President Museveni I have witnessed – he lobbied and achieved.

To start with, Kenya banned importation of poultry and its products from Uganda in January 2017 citing avian flu in Uganda then. Authorities in Kenya would later allow only three poultry companies from Uganda to export eggs to Kenya. This caused unmeasurable losses for poultry traders in Uganda since Kenya is Uganda’s largest importer of chicken and eggs.

Now, during the talks, it was resolved that Uganda should resume exporting poultry to Kenya in a week’s time. Uganda’s eggs and chicken are considered by the neighbours to be the cheapest in the region due the lower cost of grains and less tax charged on them.

Even amid the partial ban, last year alone, Uganda sold at least 33,700 kilograms of poultry meat to Kenya. Efforts to lift the ban have always hit a snug despite World Organisation of Animal Health declaring Uganda free from the virus, the President might have employed a lot of wisdom to achieve this reality.

We are now to see huge volumes of our poultry products entering Kenya yet again, consequently creating more employment opportunities for Ugandans, attract more foreign exchange and an increment in poultry contribution to the country’s GDP. Isn’t that a plus to our economy?

The other important commodity is sugar. Uganda currently exports 36,000 metric tonnes of sugar to Kenya annually, but when Presidents Museveni and Kenyatta met, they agreed that Uganda increases sugar exports to Kenya to at least 90,000 metric tonnes. This is awesome. It is yet another move aimed at export promotion to yield better balance of payment position as well strengthening the sugar industry in the country.

The move will see Uganda’s sugar trade boosted and give farmers and manufacturers room to increase production.

Kenya also offered Uganda land in Naivasha to construct a dry port for her cargo as part of the Joint Standard Gauge Railway (SGR) project. The development is Kenya’s reassurance on commitment to keep Uganda as its biggest client for transit cargo but most importantly for Uganda, cargo trucks from Mombasa port which handles most of Uganda’s most oversees goods, cover a distance of 926.7 Km to Malaba.

Constructing this dry port at Naivasha implies that there will be no need for Ugandan cargo trucks to travel to Mombasa but will only pick the goods from Naivasha reducing the distance to 348.8 km to Malaba, thus reducing costs of transportation by the Ugandan traders.

It will as well reduce the time cargo takes in transit. Ugandans especially traders only have to demand that government starts on the construction of the dry port as soon as possible in order to realise these valuable economic benefits lobbied and achieved by the president.

The other rather important benefit is the agreement the two presidents reached regarding reduction in paper work at the cross borders while exporting milk and other dairy products to Kenya. Many Ugandans dealing in beef exportation have been either delayed or frustrated at the border by clearance officials citing different documentation. This will be no more.

Kenya further lifted the ban on beef imports from Uganda. Kenya being our largest trading partner in the region, the development gives livestock farmers and traders room to increase production and tap into the newly opened and ready market for their produce. Increased production simulates industrialisation, creates more jobs for the local population, provides more revenue and raises the country’s exports.

As such, Ugandans should now embrace the president’s three day trip to Kenya which I describe as the most successful in my times – lobbying and achieving at the same time is not only a complicated but also, a hard task. It takes courage and wisdom.

Let the country pray for more of such visits for further economic progress. 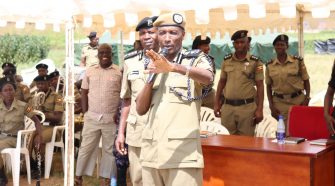