There is a lot of talk among Uganda’s opposition circles about the need to form a coalition ahead of 2021 elections. A political coalition is an agreement for cooperation among different political parties on common political agenda, often for purposes of contesting an election, to mutually benefit by collectively clearing election thresholds.

Uganda has a well-known history of political coalitions starting from the election of the 1962 National Assembly where Uganda People’s Congress and Kabaka Yekka won majority parliamentary seats and formed Uganda’s first post-independence government. However, the coalition started souring when Obote championed for the return of lost counties to Bunyoro and ended when Kingdoms were abolished in 1966. Other attempts include the 1996 Inter Party Coalition which was led by Dr. Semongerere and the civil society led efforts in 2016 under The Democratic Alliance (TDA).  TDA collapsed due to individual leaders’ egos and political disagreements over a joint presidential candidate.

Opposition parties are at it again trying to forge a coalition to help galvanize support to capture power from the National Resistance Movement and President Museveni who has been at the helm of Uganda for 33 years. Democratic Party block comprising of Democratic Party, People’s Democratic Party, Social Democratic Party and Truth for Justice, are seeking to present a single candidate to stand against NRM on the basis of which political party is strong in a given region.

Generally, coalitions are always easy to form but more complicated to sustain and there seems to be no deliberate effort by Uganda’s opposition, to discuss the best principles for like-minded entities to form successful coalitions.

There are a number of reasons as to why coalitions succeed or fail. First is political complexities. Beyond mere power change, there is normally nothing that brings different parties to stick together. In most cases, personalities don’t mesh well because of overlapping voter catchments; each seeing main chance, wanting to go for it; and regional realities where some parties might not be acceptable in some parts of the country. This requires parties to honestly evaluate their strengths and weaknesses and concentrate on areas where they have comparative advantage.

Coalitions are also bound to succeed or fail basing on whether they choose to fight each other or fight together. The extent of polarization of a political landscape is a crucial indicator of whether or not a coalition will succeed. It determines the degree to which parties are able to join forces coherently without undermining their own reputation and principles. Recently, opposition leaders were engaged in too much bickering although there seems to be a semblance of a cease fire.

Third aspect is whether there is a big likelihood of winning elections. Opposition coalitions only work when they appear capable of winning thus prompting members of the ruling party to defect. The defectors boost opposition ranks, bring more supporters with them and sway undecided voters. This strategy, however, has mistrust on either side as its main challenge.

Another hurdle that opposition leaders must overcome is leadership challenge. Coalitions face a tall order of picking its leader. Usually, this is because of anticipated benefits of the presidency. However, this becomes less contentious when there is recent and reliable party strength, such as results of parliamentary by-elections. This makes it easy to work out which candidate has the most support and recognition. For Uganda’s case, People Power wave has had bigger impact in recent by-elections and there is also a new kid on the block – Alliance for National Transformation Party.  It would also be interesting to watch the performance of several actors in the remaining by-elections.

The most complicated consideration for coalition formation is keeping lower ranks happy because it’s not only the leader of a coalition that matters. Party lower cadres have their own ambitions which usually lead to collapse of coalitions. For Uganda’s case, some opposition leaders have cult-like following and the expectations of these overzealous cadres must be met during negotiations.

Another big contributory factor is the political fragmentation in the country. This fragmentation provides a suitable environment for smaller and newer parties to form coalitions as compared to the old and stable ones. These parties usually have no strong formations at the grassroots on which they can structure their negotiations and this makes them flexible to coalesce. For Uganda’s case, the complex political environment makes all opposition parties weak and vulnerable, and this is the main reason why their unity would be a strength in confronting a common political enemy.

Whereas prospects of forming an opposition coalition do not look rosy at all, Ugandan opposition can learn a few things from countries where coalitions have succeeded in unseating long serving incumbents through elections. The grand alliance in India focused on removing Ghandi from power while she was focused on fighting poverty. Voters believed her and she won elections overwhelmingly. Once in office again, she implemented the draconian emergency rule that greatly angered voters and she lost elections. Unfortunately, the coalition collapsed half way the term because they lacked coherence.

In 2002, Kenya’s opposition defeated KANU which had governed Kenya since 1963 through rainbow alliance because the opposition parties had accumulatively gained over 60% of the vote in the previous elections. Since then, pre-election coalitions have changed governments in Senegal, Liberia, Madagascar, Malawi, Mali, Mauritius, Nigeria and the Gambia.

It’s important to note that for every successful opposition coalition, there are several more that crumble due to early optimism or have fallen apart at the ballot. Uganda’s opposition should first negotiate a coalition based on principles and then build consensus on good leadership based on a clear minimum agenda for change. 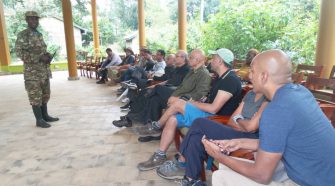