Today, June 18, Burundi’s Evareste Ndayishimiye is expected to take oath as the country’s new President at the time when preparations to send off outgoing and deceased President, Pierre Nkurunziza are underway.

Authorities in Burundi said last week Saturday afternoon that President Nkurunziza was attending a volleyball match in the countryside, when he started to feel unwell and immediately rushed to a Hospital in Karuzi.

They said, the following day on Sunday, he started to feel better and was able to receive some visitors at the hospital. However, the next day, on Monday morning, he had a heart attack, after which his condition declined rapidly and efforts to resuscitate him were unsuccessful.

He died after 15 years in office, only two months to the constitutionally provided handover to the new President, Gen Evareste Ndayishimiye, earlier scheduled for August this year.

Since news of Nkurunziza’s sudden death broke out, Burundians, global leaders, International bodies, world leaders and friends across the world continue to condole with the people of Burundi, with others ordering flying their national flags at Half-mast until Nkurunziza is buried.

Among them is Rwanda’s President, Paul Kagame, who on Wednesday last week used his Twitter account to register his condolences on his behalf and that of his country.

“On behalf of Gov’t and my own behalf I sent our condolences to the Gov’t and People of Burundi for the passing of President Nkurunziza. This also goes to the family of the President. God Bless,” Kagame posted on Twitter.

He as well ordered Rwanda’s national flag to flown at Half-mast as just like how Presidents Yoweri Museveni and Uhuru Kenyatta of Uganda and Kenya respectively had done, to mourn the fallen leader.

Now, it should be remembered that for many years, the deceased accused President Kagame and Rwanda of working hard to destabilize Burundi as well as supporting armed groups against his country plus others in the region.

While delivering his end of year 2019 address in the capital, Bujumbura, the deceased said authorities in Burundi had for a long time stopped several trucks from Rwanda transporting weapons to Burundi and that they had thousands of weapons and fighters from Rwanda who also presented to the local and international community.

In November last year, Rwanda carried out an attack on military positions of the Burundian army located on the Twinyoni mountain in Marura, Mabayi, Cibitoke Province Northwest of the country, killing an unidentified number of Burundian soldiers as well as injuring dozens.

However, Nkurunziza said they not only had evidence of the November attacks by Rwanda, but many others dating as far as 2015.

“We have apprehended very many fighters on the battlefield and they have told us how they were recruited, trained and armed by Rwanda’s regime. We don’t only have evidences for the October or November attacks, our evidences date back to 2015,” he added.

Reports have always put it that Rwanda approached DR Congo’s President Félix Tshisekedi to allow Rwanda Defence Forces (RDF) inside the Congolese territory under the guise of fighting Democratic Forces for the Liberation of Rwanda (FDLR) rebels and other armed groups said to be hiding in the jungles of the mineral-rich country.

However, it is on record that the Rwandan forces have severally been accused of killing indigenous Congolese and provoking unrest in Eastern DR Congo.

Nkurunziza at the end of last year said Rwanda uses the opportunity to train and arm the rebels and then send them to attack Burundi and other countries in the region through the DRC.

“After being recruited, trained and armed by Rwanda, the armed groups are briefed on how to attack Burundi through DR Congo. We have all the proofs and we have represented them to regional leaders and international community. It may take time, but Rwanda’s leadership will one day pay for the crimes, yes, time is key in everything, but justice will one day prevail,” explained Nkurunziza.

Also, until his death, Nkurunziza believed that Rwanda was behind the attack on Kabarore on July 10, 2015 and the failed attempt coup to overthrow him on 13 May 2015.

Burundi said the perpetrators of the aborted coup like general Godefroid Niyombare and many other opposition leaders who allegedly played a direct or indirect role in the coup plot enjoy shelter provided by Rwandan authorities.

In the letter condemning Rwanda’s November attacks on Burundi, Minister Nibigira revealed that after the 2015 attack and failed coup, Burundi requested the International Conference for the Great Lakes Region Secretariat (ICGLR) to activate The Joint Extended Verification Memorandum (JEVM).

The JEVM was aimed at clarifying the facts, especially where the combatants were trained, identifying their recruitment network, their trainers or instructors, those who equip them and the way of transporting this equipment, the supporters and sponsors as well as their aims and report to the competent authorities.

Burundi to date believes that the attackers benefitted from a logistical and material support of the Rwandan Defense Forces.

When ICGLR received Burundi’s request, it dispatched a commission in both countries to investigate the allegations of Rwanda’s meddling into Burundi’s internal affairs but President Paul Kagame of Rwanda and his government refused to receive the Commission after their work in Burundi.

“Rwanda has always instead reciprocated accusations against Burundi saying that Burundian authorities have given support to a Rwandan rebel group operating along the border in the Nyungwe forest, according to what Burundi said.

Minister Nibigira however said that at the end of the verification mission in Burundi, JEVM concluded that Rwanda’s allegations against Burundi were unfounded.

“Unfortunately Rwanda refused to allow the same investigations to be carried out on its territory to verify military training and armament of young Burundians taken hostage at the Mahama refugees camp,” he said.

Nkurunziza died not only a disappointed man but also a bitter one with the Rwandan administration for not empathizing with Bujumbura in rebuilding and uniting a country that he found torn apart on ethnic lines but instead, chose to launch attacks against it, support and facilitate his dissidents as well as attempting to overthrow him. In fact until his death, Nkurunziza regarded President Kagame as a leading enemy of his administration.

As preparations to send off President Nkurunziza are ongoing, I have a conviction that he is so much disturbed by Kagame’s purported mourning. His condolence message is actually widely perceived as a mockery to the people of Burundi, and indeed, you can’t claim to love someone after his or her passing on.

It is better for President Paul Kagame to leave the people of Burundi to mourn their fallen leader as well giving the deceased a chance to rest in peace. 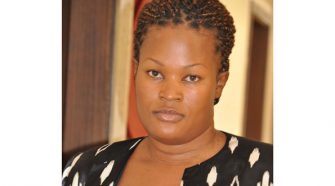