For the last couple of days, a standoff at the Rwanda-Uganda border points has dominated both local and international press, with Rwanda blocking several Ugandan cargo trucks from crossing to Rwanda as well as stopping her citizens from entering into Uganda.

The initial reason advanced by Rwanda was the construction works at one of the border points, but later developments proved otherwise, when two other border points, Kyanika and Kagitumba were found closed and Rwanda accused Uganda of incarcerating and deporting her citizens. Uganda says they followed judicial process to deport some of Rwandan citizens who engaged in criminal acts.

Kigali authorities said blocking their citizens including primary school and University students who trek to Uganda on a daily for studies, is intended to ensure their security.

The argument is unrealistic and so unfortunate. In fact, it only points to President Paul Kagame’s hidden motive against the friendly and brotherly relationship between the two countries and their nationals which has existed for decades.

Our historical relationship dates back to the pre-colonial times. Between the 16th and 19th centuries, existed a state called Mpororo which encompassed parts of Ankole, Kigezi and parts of present day Rwanda. Its ruling family had close ties with the ruling families of the Tutsi in Rwanda.

Its collapse gave rise to Ankole which incorporated some of Mpororo’s territories. At the same time Rwanda also evolved, extending its spheres to Ankole through intermarriages between Ankole’s Hima and Rwanda’s Tutsi.

The years after World War I and II saw increase in industrialisation in Europe which led to more demand for raw materials. As a result, forced labour and conscription was introduced in Rwanda forcing many Rwandans to cross to Uganda to escape forced labour.

History has it that about 200,000 Hutus came to Uganda then and settled in the areas of Buganda, Busoga, Ankole, Kigezi and Bunyoro, working in the fields of agriculture, construction, local government, industries, ginning cattle keeping, forestry, and fishing.

Also, between 1952 and 1959, thousandss of Rwandans fled their country due to the political violence in Rwanda which came to be known as the Rwanda Crisis and others came due to the Rwandan genocide in 1994.

In all the circumstances, the people of Uganda welcomed Rwandans with open hands and incorporated them into their culture and communities, through intermarriages and working together.

This explains why Banyarwanda are a tribe in the Uganda’s constitution with many, living at ease and owning land in different parts of Uganda including parts of Ankole, greater Masaka, Nakaseke, Nakasongola and Bunyoro.

In fact some of them are even leaders in purely cultural set ups of Uganda like Buganda Kingdom where they have been Ministers and part of the Buganda Lukiiko.

There hasn’t been any tribal conflict between Banyarwanda and indigenous Ugandans whatsoever.

Several leaders in the current Kigali administration including President Paul Kagame directly participated in the guerrilla war which saw President Museveni take over power in 1986. The Rwandans had been witch-hunted and murdered by President Obote’s regime yet they were unwelcome in Rwanda which was under the President Habyarimana. The Rwandans who had fought along the freedom fighters of the National Resistance Army that defeated Uganda’s old killer regimes decided to fight Habyarimana’s regime and be able to return home. It is common knowledge among NRA combatants that the Rwandans one day escaped with a consignment of weapons when President Museveni was outside Uganda. They launched an attack on Habyarimana’s regime. Uganda was the only country that stood with the victims of the genocide and eventually the Rwandans who had left Uganda assumed power in 1994.

However, thousands of Rwandans had already settled in Uganda for decades and did not move to Rwanda. Many of those who left kept their children in Ugandan schools and maintained homes in Uganda.

If Ugandans were a threat to their Rwandan brothers, how have they been able to live in harmony and peace for all this long?

Why didn’t Ugandans go for their necks back then in the pre-colonial times, Rwanda Crisis and during the genocide, or why didn’t we deny them refuge in the three events?

Many Rwandan citizens and Banyarwanda remain in boarding schools in Uganda and their rapport with fellow students is so awesome, why does Kagame want to pit them against each other now?

Rwandans desperately move to Uganda despite being blocked by their authorities

When Rwanda manned the crossing points with soldiers blocking Rwandans from coming to Uganda, many of them would be seen using unauthorized paths to force their way into Uganda.

Why would the citizenry yearn to go to a country their government and leader claim is not safe for them? Of course they find the allegation baseless since they know there is no harm against them given their past and current interaction in Kampala and Uganda’s countryside.

Ugandans and Rwandans have for long interacted from the markets located near the border points in both countries, how come that no attacks or deadly conflict have been reported between these people of different citizenship?

The People of Rwanda and Uganda have always traveled across the two countries for social ceremonies like burial, wedding, graduation with ease, why want to antagonise that relationship now?

If not for personal disastrous agenda, why use social media?

No disagreements can be solved on social media but instead it worsens the situation.

Rwandan officials have been on almost all social media platforms castigating Uganda and its leaders with all sorts of blackmail, why not use the available diplomatic channel to address the problem, if any? Several facebook and Twitter bots have been created for the sole purpose of insulting and intimidating Ugandans who dare stand against the Rwandan govermnent officials’ falsehoods against Uganda.

Why not involve the East African Community which is the region body, or the continental grouping, African Union?

Being Rwandan and the laws

Every country has its laws that govern it and guide both nationals and foreigners, and the two groups must obey them.

Laws if violated know no Rwandan, they are not segregative. The notion that Kigali want to impose on Uganda that if their citizens are found on the wrong side of the law are left scot-free, does not apply.

Many Rwandans, Ugandans and other foreigners if found in wrong have been processed through the Ugandan Judicial system even way before the two years Rwanda is fronting.

There is absolutely no justification for stopping Rwandans from crossing to Uganda save for President Kagame who seems to be advancing a personal agenda, which is disastrous unfortunately, in the guise of protecting Rwandan citizens.

It is public knowledge that the Kigali administration stifles dissenting voices against Kagame’s rule, many opposition politicians have alleged that the regime arrests and at times follows and kills those who flee the country.

Rwanda’s opposition politician, Diane Shima Rwigara amid the border impasse tweeted that: “For a country that tortures, abducts and kills its own citizens home and abroad, one can’t help but wonder why Rwanda is suddenly so concerned about the wellbeing of its nationals in #Uganda.”

You can’t purport to protect citizens who themselves accuse you of working to end their lives. 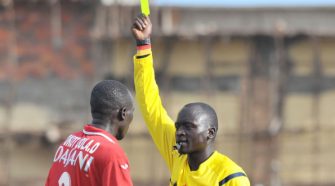