Historically the Itesot are widely known as cattle keepers, however in the 1920s, colonial officials introduced cassava as a supplement to millet, sorghum and as a famine-relief food. About the same time, potatoes and groundnuts locally known as ‘erudu’ were introduced.

Women grow vegetables in gardens next to their sleeping houses and gather various wild foods, especially mushrooms and flying ants, a delicacy. From around 1948, the primary cash crop in Teso region was cotton and later tobacco.

In the last 15 years, the government of Uganda through National Agricultural Advisory Services (NAADs) and or Operation Wealth Creation (OWC) have been advocating for a shift in the nature of commercial crops produced in Teso to fruit farming.

Scietific studies carried out by the Agencies and the Ministry of Agriculture indicate that Teso land and soils are suitable for fruit growing. This informed the decision by government to establish a fruit factory in Soroti as an absorption mechanism for the fruits produced. However, todate, the factory has not consumed any harvest as the engines await to be switched on.

How viable and sustainable will the Soroti fruit factory be? According to Mao Zedong, transformation and development MUST be crafted around people’s culture and beliefs. It is the beliefs and cultural values that create momentum for a successful development pyramid.

By sampling, if one considered a list of preferences, a wide variety of people would prefer cows to oranges while others would prefer cotton, maize and cassava. This is not economic ot scientific but it has do with the cultural beliefs.

Until recently, many people in North Teso knew fruits such as mangoes and berries as wild fruits while oranges and papaws were considered compound trees in the subsistence orchards. This mindset huddle may require heavy investment by government to enhance fruit productivity and sustain the factory in the years to come.

This could explain why in the last 10 years it is difficult to find successful OWC farmers holding over 30 acres of oranges.

The second challenge is the increasingly reducing land space in the region due to population explosion. It is currently estimated that an average citizen in Teso North (Katakwi, Kaberamaido, Amuria, Soroti and Serere) owns 7 acres of land while the situation is worse in the southern districts of Bukedea, Kumi and Ngora where an average citizen owns about 3.5 acres of land.

Such statistics do not support large scale fruit growing for commercial purpose. This could explain why beneficiaries of OWC prefer taking less seedlings while leaving other supplies to dry. People prefer taking between 5 – 30 seedlings to plant in their compounds or land boundaries. Most successful fruit farms in Teso are majorly private initiatives with less OWC support. The government of Uganda should therefore avoid a blanket campaign on fruit growing due to the prevailing land fragmentation conditions.

For farmers who are already engaged in fruit farming and are having their harvests rotting due to the silent engines of the fruit factory, government should proactively and progressively create market linkages in and around Teso to avoid future losses for farmers.

These happenings if not taken care of, will distance more potential and actual fruit farmers from joining and continuing with the venture. No one wants to produce where there is no market.

Marketability MUST be deliberate. There MUST be absorption plans such that in case the factory is unable to absorb the season’s harvest, the alternative market comes to force. On the other hand, if the supply is inadequate like I would love to predict, the backup supply plan must be activated.

In conclusion therefore, considering a shift in the land space, Teso requires a multi-dimensional approach that is not pegged on fruits to transformation. Fruits can just be one of the elements. No one should also discount cattle (most especially Zebus) and cassava growing as vehicles for household income.

Government should reconsider reviving the meat manufacturing plant because the rural Iteso think, breathe, walk, believe and associate with cattle. In fact, cattle are their way of life. This could be the transformation magic bullet.

The writer is the NRM youth chairman for Katakwi district. 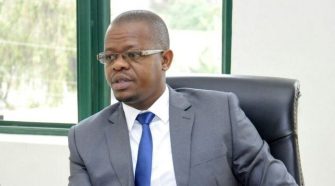