57 years. Dating back to 1962 from 2019, Uganda broke free from the chains of colonialism. Uganda effectively gained the opportunity to exercise self-governance.

While Ugandans were still hangover at the thought of independence from the rule of the British man, Apollo Milton Obote who served as prime minister from 1962-1966 declared himself Executive president (head of state), Commander in Chief of the armed forces after suspending the 1962 constitution marking the beginning of his tyranny.

Obote’s first regime introduced the Common Man’s Charter which adopted a policy direction,“a move to the left”, mirroring the ways of the socialists on the left side, the world that focused on “full security, justice, equality, liberty and welfare of all sons and daughters of the Republic of Uganda” Uganda People’s Congress, Common Man’s Charter, 1969.

This then gave the then Uganda People’s Congress (UPC) government direction for economic planning and management. In so doing, the UPC government came up with a five year development plan called Work for Progress, 1966-1971.

This plan was created with a focus on equitable distribution of income, nationalization of private enterprises, a focus on increasing the common man’s standards of living, foreign investment, a push for a domestically funded economic development agenda as opposed to foreign funding, massive education among others.

In light with Uganda’s second five-year plan 1966-1971, Milton Obote urged government and citizens at large to embark on a national savings plan where savings were deducted into the National Savings Scheme with an aim of funding the national budget domestically. He also issued a directive for the creation of a cooperative bank for the majority of Ugandans who didn’t earn a wage, but practiced agriculture which served as the main income earner for over 80% of nationals.

The rural agricultural sector was well aligned with co-operatives so this facilitated the national savings plan. Overall, Uganda’s national savings increased a great deal leading to an increase in the standards of living of the people.

The regime was also characterized by massive education focused on the indoctrination of co-operation in the management of economic institutions which facilitated Obote’s strategy of Nationalization of corporations and private property.

However, this led to the crowding out of private investments stifling economic activity and growth to an average of 5% per annum in Obote’s first reign.

Idi Amin Dada later served as President of Uganda from 1971-1979. As an illiterate and inexperienced President, Amin issued policy directives for the country through telephone, radio and speeches at functions. According to history, Amin’s defeats outweigh his achievements but he intently had some good dreams for his country.

He wanted to indigenize the Ugandan economy to lift Ugandans out of poverty. So, he gave 70, 000 Asians 90 days to leave the country so that Ugandans could take over business.

Much like what is happening in South Africa with Xenophobia, the black majority had no experience to manage large farms previously owned by whites thus a gross decline in Agricultural production. The same happened in Uganda, as civilians started selling “kabalagala” to mean small bananas in shops that previously sold clothes.

Sadly, Uganda’s economy fell from the pan to the fire registering a decline in the economy by 25% majorly due to political instability and economic mismanagement between 1971 and 1979.

Furthermore, during Amin’s time, he tried to put up infrastructure to facilitate hospitality industry where every district had a government hotel. For instance, Masaka had tropical Inn, Kigezi had White Horse, Jinja had Crested Crane hotel and others.

Fast forward to 1986, H.E Yoweri Kaguta Museveni captured power and has since then ruled Uganda as President for the last 33 years. His government embarked on economic reforms such as Structural Adjustment Programs, (SAPS), Poverty Alleviation Action Plan, (PEAP), Liberalization of sectors, Privatization of public entities etc.

Uganda’s economy registered a slight increase in growth to 0.4% in 1986 from -3.3% in 1985. The economy has not looked back ever since, we have continuously registered a positive trend in growth with  an average rate GDP growth of 7.2 per cent per annum between 1997/98 and 2000/01 during the PEAP implementation period.

The National Resistance Movement (NRM) government through Vision 2040 has developed so far two National Development Plans which have focused on various elements of development namely; works and transport, tourism, poverty, energy sector, agriculture and others. 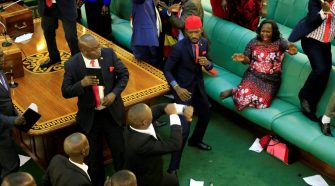