President Yoweri Museveni has attributed the double victory of the ruling National Resistance Movement (NRM) in last week’s Parliamentary elections in Hoima and Kaabong districts, to the numerous and visible achievements that NRM has registered in the last three decades.

Last week, the electorate in Hoima and Kaabong went to polls to elect the Woman Members of Parliament.

In both districts, the NRM candidates won the opposition candidates.

Reacting to these wins, President Museveni said in a statement on Sunday that this is on account of the programs the NRM has implemented.

“What the Opposition cannot kill, no matter how hard they and their foreign backers work, is the enduring love the population of Uganda have for the NRM on account of its programmes, right from 1981 when we came out as a distinct political-military organization,” Museveni said.

He said opposition politicians can now manage to zoom around the country at break-neck speeds because of the brand- new tarmac roads built by the NRM.

“It is pathetic to see saying that NRM has done nothing!! It is so shameful and pathetic but it is good for the NRM,” he said.

Citing some of the developments in road infrastructure, Museveni revealed that in Bunyoro sub-region which had existed for million years only got its first tarmac road after the NRM had come to power.

This was the short section from the Kafu River to Hoima – 12 miles – as part of the 123 miles of the Kampala – Hoima Road, he said.

With an external loan from World Bank and the African Development Bank, government is upgrading the road from Kigumba to Masindi – Hoima – Kagadi – Kyenjonjo (146 miles).

“To, therefore, find the Opposition going around saying that the NRM has done nothing, is such a big shame; but it is good for the NRM,” the President said.

“You cannot dissolve a road, a power line (electricity) or a school by lies. You only dissolve yourself politically by lies and that is what will happen to the so called Opposition, working for foreign interests that we know well and will expose at the right time”. 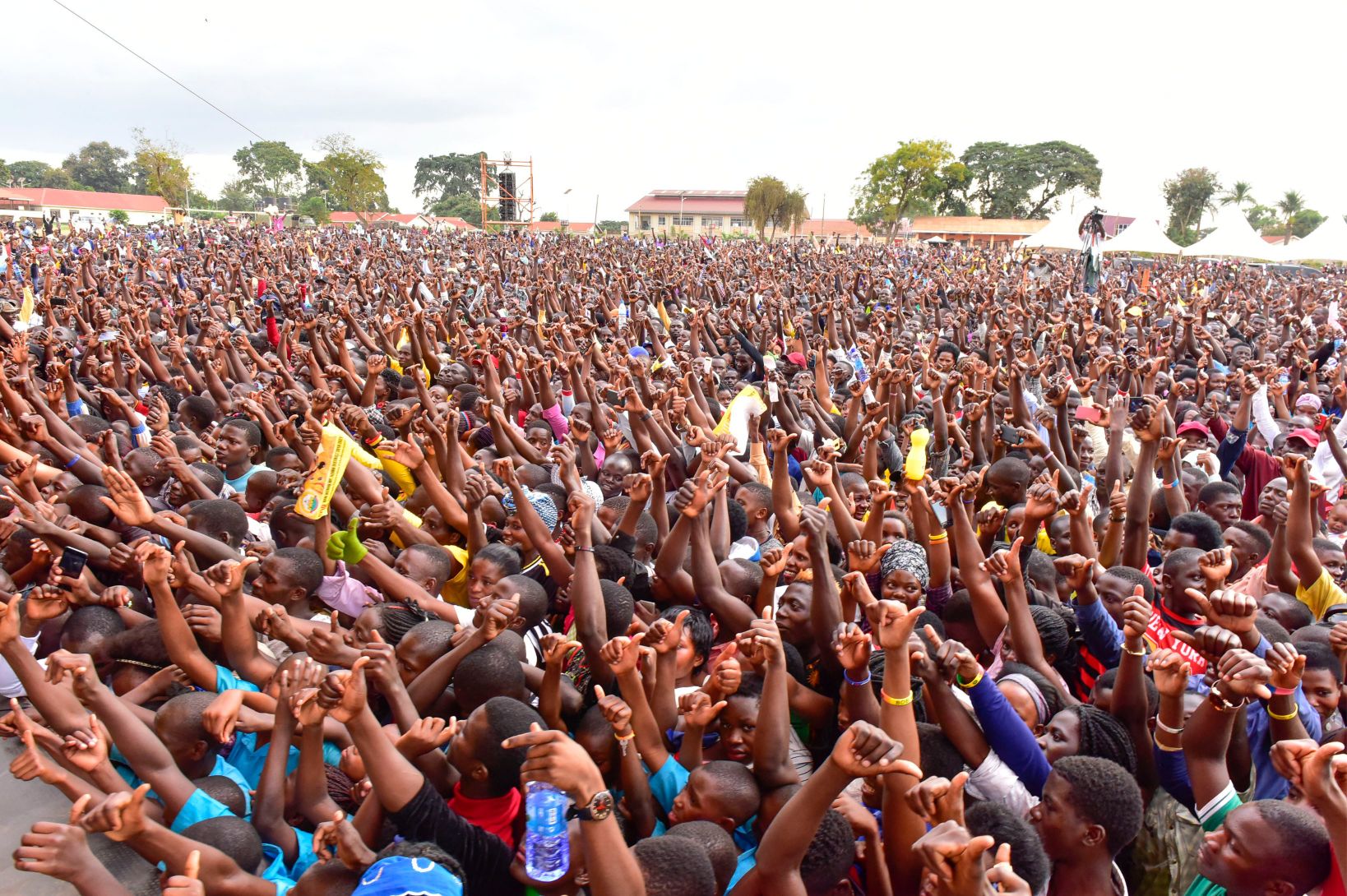 He said that after failing to convince the electorate, the Opposition have always resorted to cheating and violence.

He accused “a Police force that had been infiltrated by, Kawukumi (weavils)” of facilitating these acts.

“Why should a Police personnel tolerate somebody using bad language in political campaign? You have no right to speak rudely to any Ugandan or to beat anybody”.

Museveni says the schemes of the opposition will fail, adding that this only makes the resolute of NRM supporters clear.

“I thank all the NRM cadres that stood resolutely against the schemes of the unpatriotic elements”.

In the case of Kaabong, Museveni made reference to the massive support that the NRM enjoys in the entire Karamoja subregion, attributed to about others the disarmament program. Government removed 41,000 rifles from the population.

“We also caused the beginning of transformation with a tarmac road from Moroto-Nakapiripirit and another one from Moroto to Soroti”.

He had programs like electrification, building of valley dams, health, education and industrialization to credit for the support the NRM has in Karamoja.

“Why would anybody with logic think that such people would abandon the NRM? It is such a big shame”.

He mocked the Opposition for failure to front a candidate in the Kaabong Woman MP election, saying Adiaka Judith Nalibe who had contested on the FDC ticket did so only because she was angry that the officials concerned had not compensated the vehicle of her father.

“The NRM will continue to perform while the Opposition continue to lie. Performance will outlive lying. The NRM, however, must address the organization weaknesses”.

Museveni also congratulated the NRM for defeating the Opposition among the Ugandans in North America. 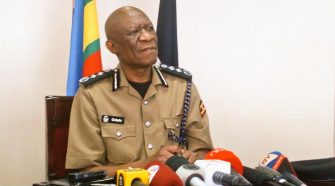 “I Didn’t Incite the Public Against Police Officers” – IGP Clarifies