The Opposition is considering fielding one candidate to contest for the Bugiri Municipality Parliamentary seat, according to Justice Forum’s Asuman Basalirwa.

Basalirwa who is vying for the seat told SoftPower News that he is optimistic about winning the election scheduled for early June and that he is not bothered about Forum for Democratic Change candidate, Eunice Namatende.

“It is better to have one candidate for the opposition and this is why we are in discussions. There is a meeting scheduled for tomorrow Wednesday (today) at the FDC headquarters to try and harmonise positions towards having a single candidate”, he added.

Commenting about the fact that FDC had already fronted a candidate (Namatende) and whether he considered this a threat to his victory, Basalirwa said he had no problem with it.

“Nobody is faulting FDC for fronting a candidate because even in 2016, I competed with an FDC candidate. I don’t want anybody to create an impression that am at war with FDC,” Basalirwa said.

Bugiri Municipality constituency, formerly Bugiri town council is among the new administrative units in the country which will go for polls in June. Other municipalities are Apac, Kotido, Ibanda, Nebbi, Nebbi and Njeru.

However, Basalirwa claims that Namatende was the joint opposition candidate in 2016 elections and that she got a protest vote from the electorate against NRM secretary general Justine Kasule Lumumba who was already unpopular in the area yet she brought a candidate, which is not the case in the forthcoming elections in Bugiri Municipality where there are many opposition candidates.

Basalirwa garnered about 2,000 votes in Bukholi North but he says he lost because he miscalculated in his campaigning strategies.

“I abandoned the municipality because I thought I was already popular there and concentrated in rural areas. It was a mistake that I was not able to consolidate an area where I had won in the previous(2011) elections. They wouldn’t have defeated me if I had not abandoned the area the way I did last time,” he said.

In the 2016 presidential elections, Basalirwa abandoned long time FDC presidential flag bearer Dr Kizza Besigye and lined his support behind The Democratic Alliance candidate, John Patrick Amama Mbabazi. Critics say the move was a betrayal to FDC and that he can’t win their support in the municipality elections.

Salaamu Musumba: I Was Poisoned By My Political Adversaries

With No Hope of Defeating Besigye, FDC’s Byamugisha Announces Presidential Bid as an Independent 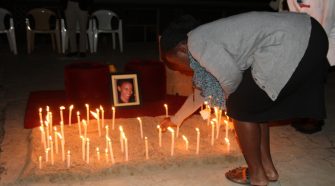