The opposition in Parliament has come out to warn the public of a ploy by the ruling National Resistance Movement (NRM) government to amend the country’s governance system from Presidential to Parliamentary.

The warning was passed by the opposition in Parliament spokesperson also Mukono Municipality MP, Betty Nambooze while addressing the media on Wednesday.

Nambooze said that there are plans to whip all the NRM as well as the Central Executive Committee members to go to Kyankwanzi to consider a Constitutional Amendment to have the President elected by Members of Parliament as an Electoral College.

“We have learnt of a plot by the NRM party that the members are being whipped to go to Kyankwanzi in the first week of February to consider a constitution amendment to have the President elected by electoral college in a way that a party with majority MPs in Parliament will automatically assume presidency,” Nambooze said.

“This is done because President Museveni is weak and he can not now campaign throughout the country. It is a ploy to eliminate Independent presidential candidates. As opposition, we are alerting Ugandans that we should fight this pro-Museveni Constitution Amendment,” she said.

Nambooze added that the opposition is tired of a situation where the Constitution is only amended whenever President Museveni feels that he lacks something in a certain area.

She noted that this will be another constitution amendment that will put to test all Ugandans after the Age Limit Amendment Bill of 2017.

Nambooze added that the proposal comes with bad intention to only infringe on the right of Ugandans to elect the President of their choice. 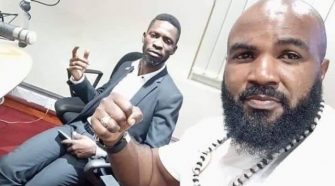