The Opposition have revealed plans to petition Court to stop Cabinet from involving in any activities that are aimed at holding a referendum until the cases that are currently filed before the Constitutional Court challenging the recent amendments are disposed off.

There are a number of cases before the Constitutional court in which the Uganda Law Society, the Opposition in Parliament and two other parties contest the legality of the constitutional amendments recently passed by Parliament.

Cabinet last week deliberated on the extension of the Presidential term from 5 to 7 years and resolved that this should be taken to the people to determine through a referendum.

Ibrahim Semujju Nganda, the FDC spokesperson on Monday expressed concern over Cabinet’s preoccupation with preparations to hold a referendum instead of responding to the legal challenges on the amendments on which the referendum is based.

“What we expect Cabinet to be involved in is to prepare a response to these cases that are before Court instead of preparing for a referendum because if the Constitutional Court upholds the prayers, there will certainly be no need for a referendum,” Semujju said.

“Unfortunately Mr. Museveni and his group don’t respect Court, as I said before, those of us that are petitioning Court intend to write to the Deputy Chief Justice, we think that the move by Cabinet is not only an upfront but a move intended to cause Contempt of Court.”

Semujju said thay the effect to the Cabinet decision is not just an attempt to undermine the applicants in the petitions before Court but also undermines the Courts themselves.

“Our advice to Mr. Museveni and his group is that we expect them to respond to the petitions, we shall also be seeking an interim order stopping the holding of a referendum until the matters are concluded,” Semujju told the press.

“We shall seek to stop Cabinet from going ahead with any exercise to do with a referendum. We shall raise these matters before Court this week,” he added.

Among the amendments passed by Parliament on December 20 last year was a provision to extend the tenure of Members of Parliament (MPs) and elected local government councils by two more years.

Related to this particular amendment was a similar extension to the Presidential term which would not be effected unless a referendum is held. 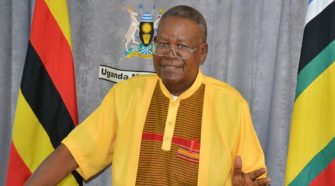